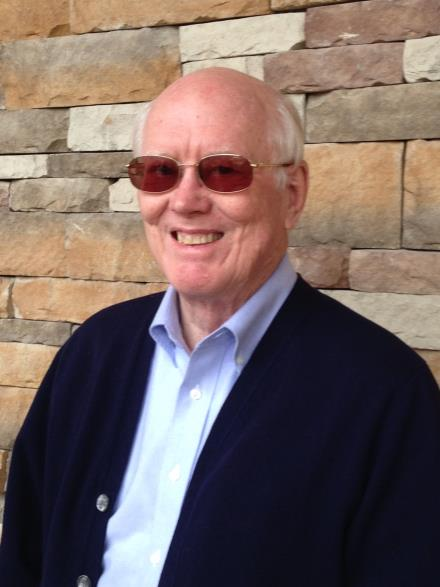 I was first licensed as KN5DGI in 1955 and within a few months I passed the Conditional exam to become K5DGI. From the beginning I spent more time on CW than on phone.

I still live in Shreveport, LA, where I grew up. I used to listen to AM radio late at night and somehow head something about ham radio. One Christmas my parents gave me a shortwave radio and I started tuning around and quickly discovered some ham radio conversations.

After some “asking around” I came across several hams in Shreveport, learned about the ARRL and started reading QST and eventually got my Novice license. I remember contacting a lot of the guys who are now members of CWOPS …. Bert W5ZA, John Ballard was KN4BAI, Bill Priakos (now W5SJ), and Skip Cameron, W5GAI who lived not far from me. I met Jim, W5JAW when I was at LSU in Baton Rouge. A number of years later I met Marsh, now KA5M and Steve, KG5VK here in Shreveport.

Although I grew up in a newspaper-owning family I elected to get an Electrical Engineering degree at LSU. From there I went to grad school at Michigan State (too long a story to tell why I went there) and got an MBA.

During this period, I was introduced to computers by a professor who asked me to write a program in FORTRAN, which I knew nothing about. He insisted so I persisted and got the job done and became hooked on the power of computing.

Later on, when Radio Shack started selling the Model 100 tablet computer (does anyone remember these?) I was able to use the computer’s spreadsheet application to construct volume/productivity models for our family’s newspaper properties that had expanded into the Houston area.

During this entire period, I had a variety of different kinds of radios, antennas and amps. During my LSU days I had built a KW amp using four 811A tubes and a power supply (sitting under the desk) with mercury vapor tubes and a giant (real heavy) transformer. Over the years in several residences in Shreveport I used various towers, beams and even a homebrew 5-element Quad.

After disposing of the newspaper properties, I started getting a little more interested in computers and was an early user of the Windows and Mac systems. I settled on Windows because it seemed to be more popular and started scrounging parts and building computers and began fiddling with ways to use a computer in the ham shack.

One thing led to another and I started helping people learn how to use computers. This turned into a pretty good-sized business that ran from the old DOS days all the way up to the present. I built about 1,200 computers over the years and set up and managed quite a few networks around the Shreveport metro area.

During the late 90’s I could see things changing as prices were dropping, the Internet was rising, operating systems were improving and fewer people needed help learning how to use a mouse. Data always interested me, and I dug up some information about computer forensics. Between 1998 and 2008 I took a regimen of forensics classes, passed some tests, and started doing forensics work for attorneys. There is a brief bio and other info about this phase at http://www.attawayforensics.com.

Unbelievably, I am now the HOA President in a neighborhood with “restrictive covenants”. Our lot does, however, have a lot of real tall Pine trees. I think I could get away with a Hex Beam hidden amongst the Pines but have been content to use a selection of various OCF and fan dipole antennas, along with an Orion II radio.

Most of my operating now is on CW and, gulp, FT8 chasing band-countries. Every once in a while, I will do a little bit of SSB in contests to get a new mode-country into the log.

I am looking forward to operating in some CWTs as a member instead of as a guest.