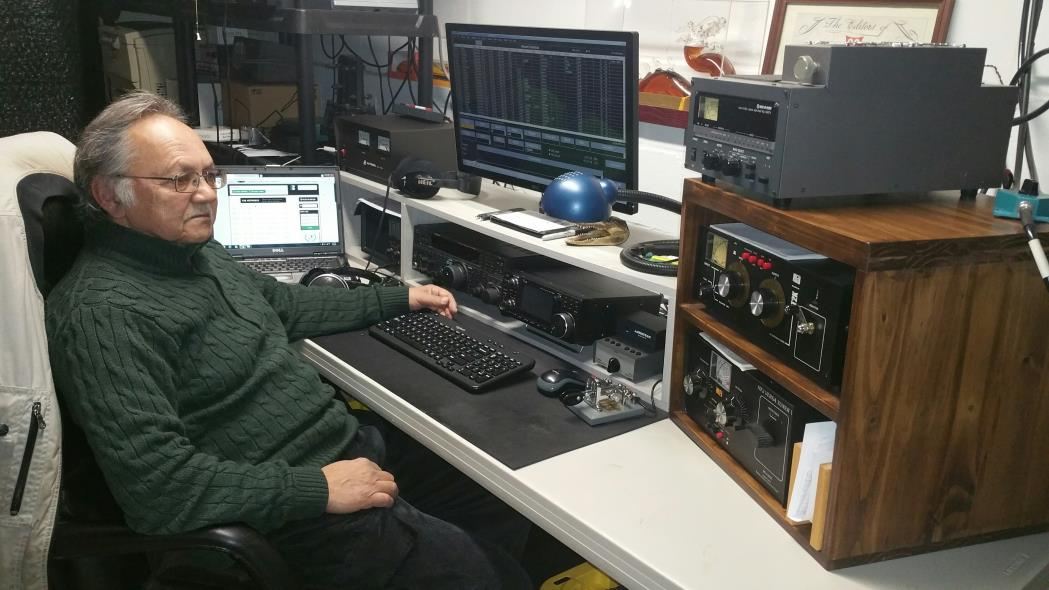 Thanks to Stew, GW0ETF for nominating me and all who was willing to sponsor.

I was born in 1957 somewhere behind the “Iron Curtain.” I was probably 4 years old when I tuned my dad’s radio for the first time, listening to those magic sounds and voices in foreign languages.

When I was 12 my dad took me to a local radio club. And this is how it all began. I spent many hours tuning ham bands and learning the basics at the club. Later I was given an old, WW II era receiver which covered the 80 m band and was able to enjoy more tuning from the comfort of my parents’ house. Every weekend I was up at 5 in the morning.

Learned CW and got first on air experience at the club station. First licensed in 1973 and was very active on all bands, mostly on CW. Building equipment from scratch was another fascinating thing.

Family obligations and work didn’t allow me to be very active any more after I got married in 1982, and I finally went QRT in 1984 hoping to get back on the air one day.

Licensed in the US since 2002, but didn’t get a chance to get back on the air until 2019. Bought a used FT-840, installed OCF dipole in the attic and was pleasantly surprised, that CW was still alive. And this is how it all began again. DXCC CW in 5 months, mast and 2 OCF dipoles in the back yard, then upgraded to FT-950, then a few different PAs, then added IC-7300…you know how it is.

Have been active since then on all bands from 160 m to 6 m from home and also portable while on vacation in Hatteras Island, NC. Mainly chasing DX and light contest operations.

It’s been an honor to belong to the club and I hope to work many of you.