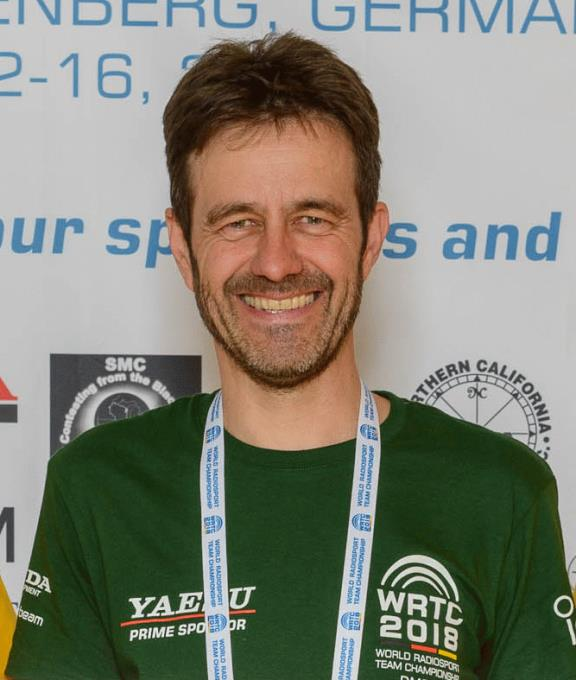 My on-air name is Uli and I have been licensed since 1983 as DL2HBX at the age of 18. I had been listening to shortwave broadcast and later amateur radio signals from the age of 10 and at the age of 15 I started to teach myself the Morse Code. CW has always been my favourite mode of operation which quickly led me to join HSC and VHSC as I was doing a lot of higher-speed rag-chew CW QSOs early on. Very soon, HF contesting and DXing became my main interests and have been ever since.

Operating CW allowed me to have much better results with 100W and a wire compared to SSB or RTTY (FT8 did not exist back then), so it was almost 100% CW for many years. There were a few opportunities to operate from abroad and the pileups during contest activities from LX, EA8, 3V8BB and CN8WW were highlights of the late 80s, 90s and early 2000s.

In 2003, we moved to Michigan for a few years where I became active as KK8I (100W and a G5RV). I enjoyed the Dayton Hamventions as well as several opportunities to operate from big stations such as K8CC, K8AZ and K3LR.

We moved back to DL in 2009 where I joined the DR1A contest group and continued from home with low power and a multi-band vertical. Finally, in mid-2013 and a full 30 years after passing the license exam, I could finally set up a 17m tower and a Yagi. I changed my callsign for the much shorter DM5EE and got very much involved in DXing.

Attending WRTC 2018 as a referee was another highlight and shortly after that, we went abroad again – this time to South Africa. My current operations from ZS as ZR2A are limited to contest participations as I do not have a station at my residence due to HOA restrictions. I am very grateful for the kind help of fellow amateurs in South Africa and Namibia that allowed me to work several major contests in my quest to attend WRTC 2022 as a competitor.