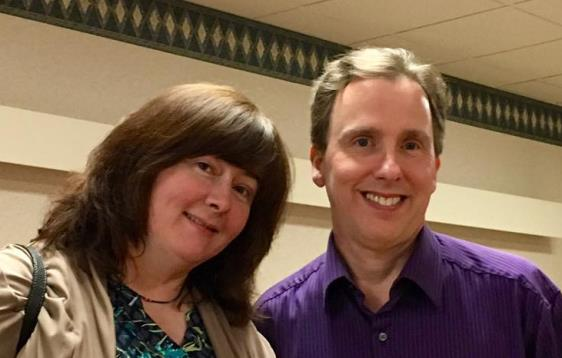 There’s so much to write and so little space to write it in!

First, I want to give a very heartfelt thanks to my nominator and sponsors, WB1LLY, W0FN, N8AI, K2ZF, and W6SX.  All of them are great operators and friends.  Funny story; speaking of great hams, my good friend NR4A was nominated and sponsored quickly right after I was, unbeknownst to me.  Our numbers are adjacent!  Small world!  Who woulda thunk it?!

In 1983, I was a naive teenager on 11 meters.  My folks told me about this “field day” thing the local ham radio club was having, and it was 1,031.52 feet from my bedroom to the patio at the schoolhouse where they were set up.  Turns out several of the folks there would be my Elmers.  One of them, Terry, W4ZQ told me about how “shooting skip” didn’t need a linear amplifier and a huge antenna; this piece of wire 66 feet long will do, and it’s legal and encouraged, unlike on 11 meters.  My mind was blown and I was instantly hooked, hearing them talk to Florida and Texas effortlessly on a piece of wire.  Interestingly, 38 years later, the county EOC sits in that very spot now.

I took the class, and spent hours with the CW cassette practice tapes and my “Tune In The World with Ham Radio” book.  I managed to get through the 5 WPM test and passed the written novice test, and in August 1983, I had my first callsign: KB4GQO.  I got an HW-101 in October and before long I managed to hang a wire in the air and nervously got on the air on 40 meters, calling CQ very slowly.  First QSO was a guy in Michigan, WB8GGX.  I was through the roof and ran thru the house hooting and hollering that I had just talked to someone in Michigan!

My friend Stephen and I upgraded to General on the same day in 1985, and I got my current call, N4LSJ.  I upgraded the rest of the way in mid-1986 but didn’t change calls.  I did pick up a mic, and did use it, but always came back to CW, because it’s artful, nostalgic, romantic, and musical.

Outside of Ham Radio, I do I.T. for small businesses.  I like being with my wife, movies, and hopefully will be able to get back into bicycling again soon.

Long story short, I’m glad to be here.  My hopes for the future in CWops is to help new CW operators.  CW is the ultimate retro mode, and people who want to do the work, build the skill, and have conversations will come to it.  I see it happening already, and CWops is just the organization that can make that happen.