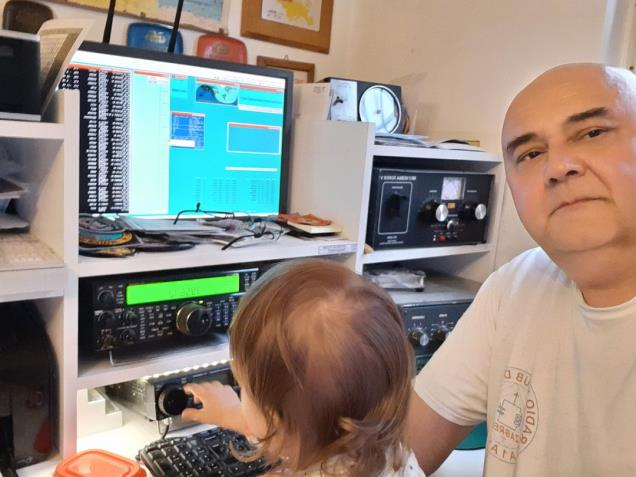 My meeting with radio amateurism is a coincidence. In the early 1980s in Derventa as in most small towns there was a course for firefighters which I as a 16 year old applied for and started attending. One day a paper appeared at the school calling for an amateur radio course. Thinking that it was electronics, I applied for the course.

Our training was led by the then well-known old radio amateur Ivan Goršek – YU4HA, who was also a passionate telegraph operator and at the first meeting he explained to us what the Morse alphabet is … to me it seemed interesting and I broke up with the fire department and continued on to amateur radio. In the same year, I passed the exam for amateur radio “C class” and continued to enjoy telegraphy on my own.

After completing my military service, my boyhood dream of becoming a policeman came true and in 1985 I came to work in Zagreb. I immediately continued my activities in the radio club in Zagreb and in 1985 I passed the “B class” and in 1988 I passed the “A class” and received a diploma signed by a great, passionate fan of CW work Daki – 9A2WJ (SK).

My CW path eventually brings me into the company of great telegraphists and over the years I became a member of HSC, VHSC, HACWG, SPCWC, RTC and I am one of the founders of 9ACWG with number 003. I am a fan of certificates and therefore a member of the DIG Club and like police officer in IPA member. I love DX work and collect DXCC for Challenge plaque. I have over 400 certificates from all over the world and my only wish is to one day reach the last 200 zones (KL7) in the 80m band.

Thanks again and I hope to hear from you at the band.