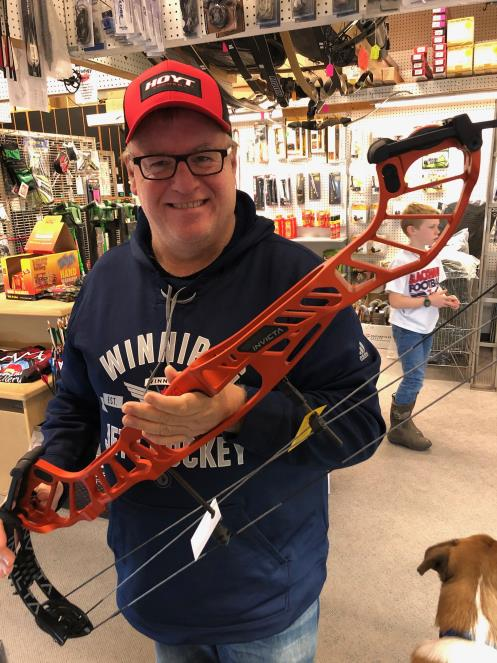 When you want to make Kelly Taylor, VE4XT, feel old, just remind him that in 2022, it will have been 40 years since he got his ticket at age 15.

If the callsign sounds familiar, you’ve probably worked him in SS, WW, WPX, both of the Radio Amateurs of Canada contests (Canada Day and Winter), the odd IARU and in ARRL DX from time to time. Or, you’ve read him either in the pages of QST or on the arrl.org website: he’s been the author of Sweepstakes results articles since the 2001 ARRL SS Phone.

Contesting, particularly on CW, a mode where even small stations can make noise, is his primary ham radio activity. Don’t ask him about FT8: he doesn’t see the point. His primary radio is an IC-756 Pro III, with an IC-735 as backup and a TS-530s as a vintage toy.

Outside ham radio, he’s into archery, is a volunteer for Archery Manitoba, Archery Canada and the Automobile Journalists’ Association of Canada.

Interrupting his primary activities is work, as a senior editor at the Winnipeg Free Press, and as a freelance automotive journalist. He loves to travel and currently lists Madrid and Toyko, in that order, as his favourite cities on Earth.

Married and with two grown sons, Spencer and Austin, a silver medallist at the World Archery Youth Championship. He lives in Winnipeg and in Grand Marais, Manitoba, where a Carolina Windom gets him on the air.