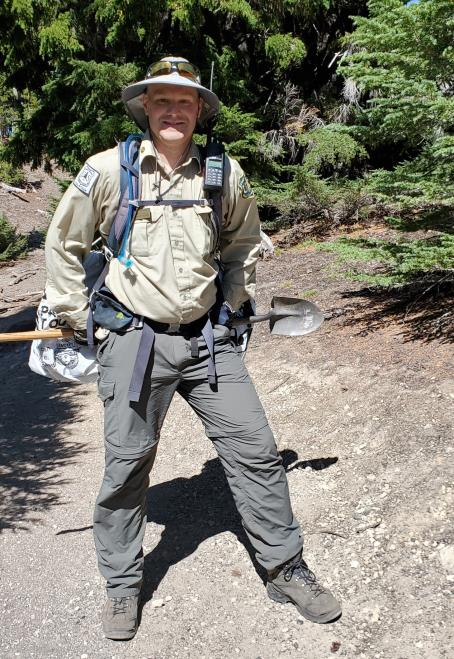 I have been learning CW off and on for nearly 10 years, doing all the wrong things.  After joining CW Academy classes, it was a long slog for me to unlearn all the bad habits of counting, charts, etc.  I have been very grateful to all the instructors in my various classes who have put up with me and helped me along.

I got into ham radio originally as part of being an electrical engineer nearly my entire life.  I have been involved with electronics since I was 6, and have gotten involved in Ham radio to have some additional fun with System /PCB design. After getting my ticket in 2009 I started trying various /homebrew radio designs, and CW has locked in my mind as a simpler way of /doing things for someone who is used to a totally different subset of /electrical engineering.

I enjoy operating portable and getting away from the city noise.  For the last 10 years a favorite haunt of mine has been an area I found off the Lake Kalamath border for the 7QP. The noise levels there are spectacularly low, and with a simple dipole and 100W I can pretty much work all around the world.  More power doesn’t hurt though!  The area has 100 ft tall ponderosa pines, so hanging a dipole up high is really easy.  I have also done a few SOTA activations, and CW makes the range so much more bearable.

I am currently working on various amplifier and SDR based designs, and hope to eventually release some to the world for sale.

Professionally I am an electrical engineer with many years of experience in a variety of areas.  I am currently a senior engineer for a teeny tiny company where we make things like ISM-band RF power modules, linear mosfets for MRIs, and other discrete devices as a part of a larger teeny tiny company that makes just about every semiconductor known.  Previously I was a self-employed contractor, doing all the above, and before that doing much of the above at a solar start up.  My first foray into the industry was with Tektronix doing broadband (DC->40Ghz) ASIC design, as well as some mixed signal/verilog/VHDL stuff.

I also joined with several friends to start a non-profit volunteer organization  in my area supporting the forest service in the back country wilderness, where I do campsite restoration, track cleanup, trail education and other things to help protect our local wild areas.  Other hobbies include cross country skiing, snowshoeing, hiking, swimming and the occasional video game.

Thank you to all who have put up with my slow(ly) developing CW abilities!