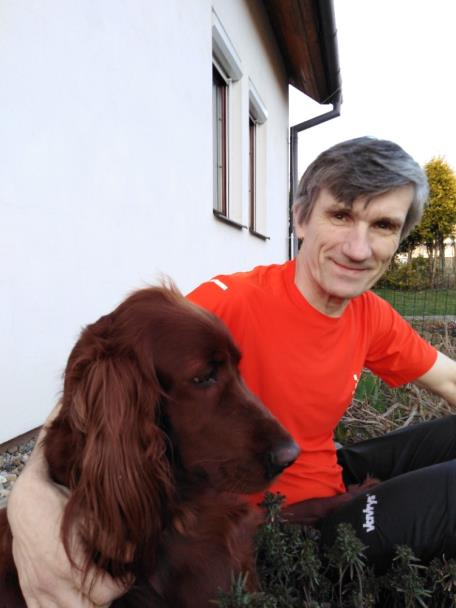 I want to say thank you to Lada OK2PAY, Vitek OK5MM, Klaus DL8TG, William MI0WWB, Duncan G3WZD and Gert PA3AAV who nominated and sponsored my membership to CWops. I’m honored to be a new member of CWops Club.

I’ve been doing ham radio since 1976. It all started with attending the tech club at the elementary school when I was 10. Back then, the club was led by Franta OK2PCS. After a year, I joined the radio club OK2KRK led by Fran-ta’s brother Jarda OK2PGG (now OK2GG) and his then–wife Jitka OK2DGG.

In 1981, I became a member of our national team and represented Czechoslovakia across Eastern Bloc. I made a lot of friends during my active years in Czechoslovakia’s national team, and I’m still in contact with plenty of them either personally or on amateur radio bands (OM3BH, OK2BFN, SP4Z etc).

After coming back from Albania, I settled up in my born town –Uhersky Brod. I focus on shortwave bands, mainly DX stations and I compete in ham radio from time to time. Over the years, I’ve had plenty of radio transceivers in my ham shack, from QRP to 100W versions. The majority of transceivers that I have are low power under 100W. As a proper radio amateur, I’m still playing with my antennas and trying new settings.

Apart from amateur radio, my hobbies are Orienteering and long runs in nature. I’ve been doing orienteering since I was a little kid and I am also an ac-tive member of Luhacovice’s orienteering team. It’s a beautiful sport that balances the long hours in front of the radio :). During those long runs in the forests, an Irish setter Erie makes the perfect companion.

The biggest supporter of my ham radio hobby is my wife Jana. We’ve been together for over 28 years and I cannot imagine all the beautiful moments in front of the radio without her. I also have three daughters, but sadly, they are not radio amateurs. But that’s alright, they have their own nice hobbies and interests.