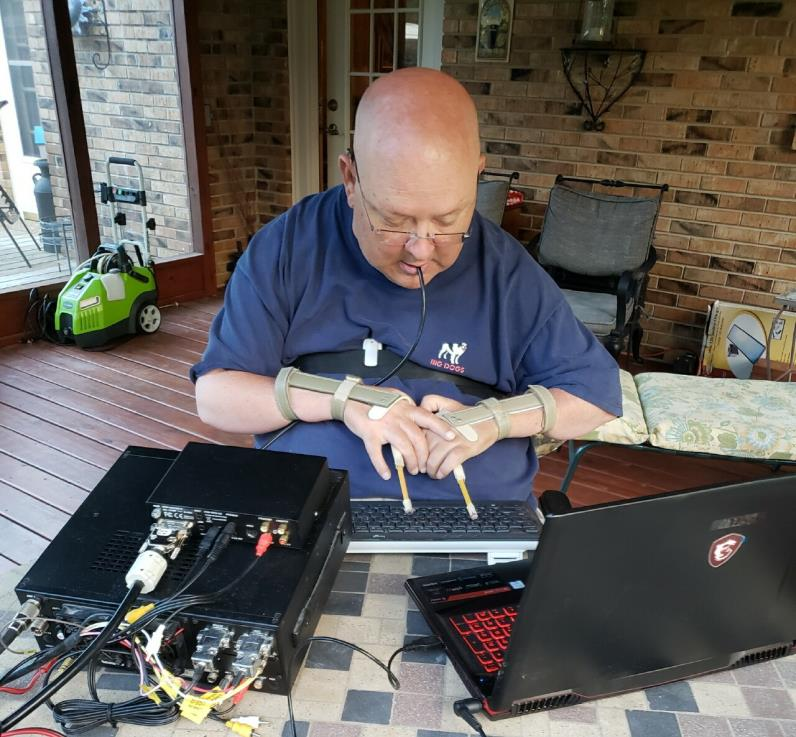 When I graduated high school in 1982, I thought I was going to be a cabinetmaker after working evenings and weekends at a local cabinet shop my last two years of school. The summer after graduation I got a second job at night building and painting fiberglass bass boats, so then thought I might make a boat builder. Working two jobs turned out to be 1 ½ too many jobs for someone who enjoyed fishing and hunting, so I applied for a position with Square D Company in nearby Smyrna, and in June 1983 was hired to build low-voltage switchgear. The job was fun, the pay was good, I had paid vacations and health insurance, and best of all it required only 40 or 50 hours of my time each week. That settled it. I was going to be an electrical switchgear builder. I got married, bought a house, got into beekeeping, and continued to enjoy fishing and hunting.

In August 1987, after spending a week vacationing in central Florida where I discovered the orange groves and commercial beekeeping, I came back to Tennessee dreaming of moving to Florida and becoming a commercial beekeeper. One week later a diving accident put a halt to my future beekeeping career, and I wound up spending the next four months in the spinal cord injury unit at Vanderbilt University Medical Center in Nashville. Suddenly I found myself wanting to be a cabinetmaker or boat builder or switchgear builder again. In fact, I would have settled for pretty much any job that involved working with my hands, but that was not to be. The injury to my spinal cord at the C4 & C5 vertebrae left me paralyzed from the shoulders down. That was 33+ years ago and occasionally I still wake up thinking it was all just a bad dream. If it were a dream, it would certainly be a hellish nightmare, but the truth is I consider myself lucky to have survived this long post-injury. And even more lucky to have such a wonderful mother who was there for me when I left the hospital and continues to be there for me today. The truth is, I have led a charmed life and I appreciate every minute I get on this earth, or most of them anyway.

In 1989 I enrolled at Middle Tennessee State University, studied accounting and business administration, and graduated with degrees in those fields. My hobbies include chess, gardening, beekeeping, birdwatching, and of course amateur radio. After getting my license in July 2001, amateur radio quickly took over my life. It’s all I thought about day and night. When not on the air I was either reading about radio, working on activities for our local ARC, or looking for ways to upgrade my station. Those first couple years were pretty much all phone, but once I caught the contesting bug (thank you Tennessee Contest Group), and a little later the DX bug, I realized CW was where it’s at. I also realized my ability to copy at 5 wpm was not going to cut it. Moreover, my inability to send CW with a traditional key posed a problem. In 2003 I discovered computer-generated CW and soon after started using it on VHF and in HF contests. A year later and much to my great fortune, an article by Gary Gordon K6KV appeared in the March 2004 issue of QST featuring plans for a puff-and-sip keying device. My dear friend and Elmer, Sam Shields, WB4CSG (SK) saw the article, ordered the parts, assembled the device, then surprised me with it just a few days later. It took several minutes, or hours, or maybe days, to get the hang of it, but soon I was sending my call sign and a few short phrases. A couple days later I logged my first “manually” sent CW QSOs in the 2004 Russian DX Contest. My 3830scores.com entry shows I logged 8 QSOs in that contest, but it was a start.

Once I got a taste of CW, it quickly became my mode of choice. In time, I got better but I never got good at copying anything other than call signs and short contest exchanges. Then last summer while playing in the IARU contest and struggling to copy many of the exchanges, I decided it was time to improve my skills. That Saturday night I downloaded G4FON Morse Trainer, installed it on my computer, and started listening to 100 common words at 25 wpm. I was embarrassed at how poorly I could copy even the shortest words and immediately thought maybe I wasn’t capable of copying any faster or better. After 18 years of use, maybe I was as good as I would ever be.

The very next morning a message appeared in my inbox with the subject How to Improve Your CW. It was from Pete W1RM, who I had worked a week earlier in the 13 Colonies special event. In the email Pete claimed that of the 2000+ stations he worked during the event, I was the absolute worst he had heard, and he recommended I enroll in CW Academy immediately or consider giving up my license. Well, those were not his exact words but I logged on to the CWops website and signed up for the Intermediate class anyway. That was seven months ago, and just this past week I completed the Advanced class.

CW Academy was a wonderful experience for me. In addition to improved CW skills, I met and befriended nine of the funniest and most interesting people in the hobby. My Intermediate advisor Tom Waits, WA9CW and his assistant Steve Ghertner, WD4CFN, were instrumental in my improvement. They are so good at what they do and so dedicated to helping others improve their CW, that our class met three nights every week, the third night on the air to practice sending and receiving. Moreover, after the 8-week class ended in October we continued meeting online once a week for the next two months, right up until the next session started. In addition to Tom and Steve, my fellow classmates helped improve my CW skills and made the class fun. Thank you Al KE6JAC, Chuck K9PLX, Dick K7ULM, Perry NE5ET, and Tony KB9LLD. Finally, two of my Intermediate classmates and I, along with Otto N4UZZ, were lucky to be placed in Serge Nikiforov KK7RR’s Advanced class. Thank you Serge for your dedication to high-speed telegraphy, for getting me to the next level, and for showing me where to find the one after that. And thank you Otto for the inspiration and practice these last eight weeks.