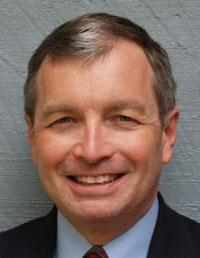 I first learned what ham radio was when I was about 8 years old and got a Cub Scout crystal radio kit for Christmas back in the 1950’s when we were living in Chattanooga, TN. I used to fall asleep at night in my bed listening to commercial shortwave radio stations and dreaming of faraway places. It was fascinating to me that a radio signal could travel so far unseen through the air. One night, however, I heard a man engaged in a long conversation with someone else I could not hear. I told my father about it the next morning and he told me that the man I was listening to was probably a ham radio operator, but he didn’t know much about it. I was intrigued and tried every night after that to listen to ham radio operators.

A few years later, we moved to Richmond, KY, where I somehow obtained an old Philco shortwave radio in a wooden case. I listened to it every night. In 1963, I got a Knight Kit Star Roamer shortwave receiver for Christmas. I assembled it within a few days, but I couldn’t get it to work. My father knew a man named Dale Patrick, who was the head of the electronics department at Eastern Kentucky State College, which is now Eastern Kentucky University. A few days after Christmas, when school was still out, my father and I met him at the electronics department with my radio. He helped me re-solder some cold joints and we got my radio working. I found out that he was a ham, WA4GFM, and he showed me the school club station, WA4MCT, complete with new Collins and Heathkit equipment. I was hooked then and there.  I joined the college’s radio club, along with a classmate named Maury, now WB4LKP, and his older brother John, now K4FDK. Mr. Patrick taught us radio basics and the Morse code. I still have and use the J-38 key he gave me. The next summer, in 1964, I got my Novice license at age 13. Mr. Patrick administered the tests. My parents helped me acquire a used Heathkit AT-1 crystal-controlled transmitter for $15, and I was on the air. A few years later, at age 16, I drove to Louisville with my father and I passed the code and written tests for my General license, which was administered by an FCC official. It didn’t take me long to acquire a Hallicrafters S-108 receiver and a Heathkit Apache transmitter. I assembled and erected a 10-meter 4 element beam with a 20-foot boom on the peak of the roof of our two-story home on Main Street. High school friends helped me raise it on a 20-foot mast. It looked like a giant alien spider hovering over our house on Main Street. John loaned me the use of an old television antenna rotator and I worked the world on 10 meters AM phone. Those were the days.

We moved to Spartanburg, SC while I was in college and I still live there. Eventually, I got my Advanced License in 1985, and then my Extra License in 1987, complete with the 20-wpm code test. I was on the air sporadically during my adult life because of work and family obligations until I closed down my station in 1995 when we remodeled the house. I retired from a career as a lawyer and judge in 2017, and after a 20+ year hiatus from the airwaves, I’m trying to get back into this hobby big time. Things have really changed. My main amateur radio interests are chasing DX and contests.

I have recently figured out how to use CW with my rig with the help of fellow members of the Swamp Fox Contest Group and I’m working on improving my CW proficiency. It’s slowly coming back with the help of CWops. My cousin Dave (NJ4F) in Hollywood, SC, who has shared my interest in amateur radio since childhood, is my chief advisor.