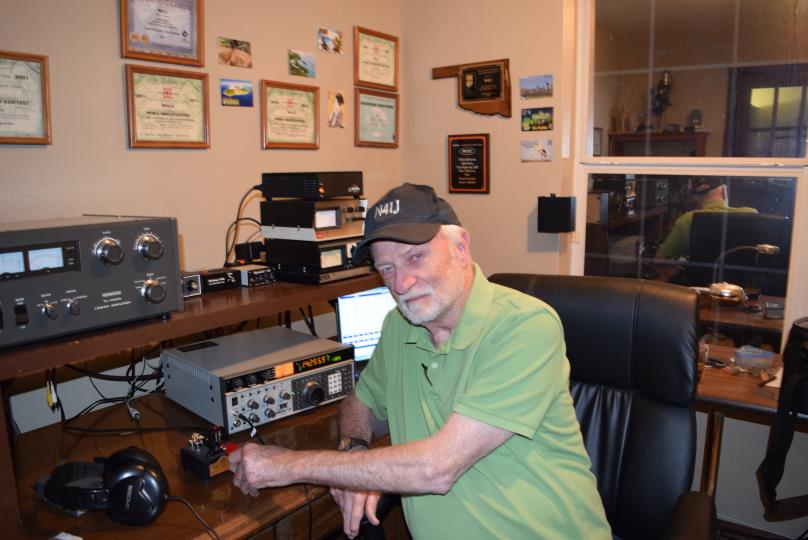 Thanks for allowing me to be a member of CWOPS.

I was first licensed in 1963 as WN1BBE in MA. Later passed the general test and became WA1BBE. As soon as I got my license I bought a Johnson Ranger and a Hallicrafters SX-110 along with a vertical antenna. Right away I was into working DX if I could. CW was not a problem since I learned it in the Boy Scouts and listened to shortwave all the time. I have always been a CW operator but do ragchew and contest on SSB at times. My N4IJ call was obtained during the incentive licensing era. I had my Extra class so I picked N4IJ. KH6IJ was an operator I admired so that is where the IJ suffix came from.

At 19 years old I enlisted in the Air Force and my adventure started then. After 4 years I left the Air Force and went to work as an Electronics Technician in the Pacific. Then came the fun as the DX end of the pile up. This was during the 1970’s.

I worked on the Kwajalein Missile Range in the Marshall Islands for a number of years, and my call was KX6LA. Got on the air just about every day after work. My trip to/from work was in a helicopter that transported personnel to remote islands in the Atoll. Mostly Radar sites. I operated in numerous CQ WW CW contests. Lots and lots of QSO’s, but multipliers were tough. I got to experience how well a 40M vertical works when the radials are laying in saltwater. Kwajalein is quite fun and lots to do there.

Another contracting job I later worked was on a radar tracking station on Christmas Island. My call was VR3AH (now T32). Old time DX’ers would certainly have worked me. Living on the Island with 6 other contractors is an experience most would probably not like. Ham radio made it tolerable. As VR3AH I worked nearly 4,000 qso’s in one CQ WW SSB contest as a 10 meter single band entry.

My present day station is a Yaesu FTDX-5000, Ten Tec OMNI 6+, wires for the low bands, and a 2 element Yagi @ 60 ft. My DXCC count is 323 on CW. I experiment with ATMEL microprocessors and Arduino projects.

I haave been married to my wife Mary for 36 years. I retired in 2016 from the Department of Defense on Tinker AFB, OKC.