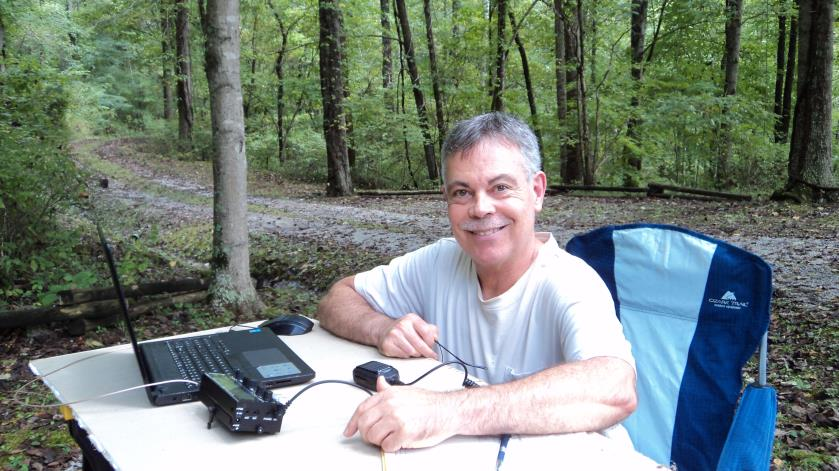 I was introduced to ham radio during my grade school days in the mid-1960s via SWLing but during my high school and college days got diverted from ham radio. After graduating from the University of Kentucky in accounting in 1976 and coming back home, I purchased an accounting practice and found I had more time for amateur radio and the rest is history.

I passed my Novice exam in 1978 where my issued call was KA4FBZ and later that same year upgraded to General. In 1980, I got my Advanced license and in the same year, drove to the Atlanta FCC Field office and passed my Extra exam and upgraded my call to ND4Y.

I started my Novice days with a Drake TR7 in my apartment in 1978. 2 years later, I purchased 10 acres of land, built a house and dedicated a room where my ham shack is today. My HF radios have gone from the Drake TR7 to Icom 765 and to Ten Tec Omni VI+. Around 2003, I took a break from the hobby for several years but stayed in close touch with my many ham radio friends. Eight years ago, I sold part of my accounting practice, semi-retired, and got back in the hobby full force. I currently am operating 2 Elecraft K3 rigs and have a KX2 which I take with me when mobile or on weekend vacations.

My DXing/contesting began back in the late 1970s with our local ARRL Affiliated Club. I soon fell in love with domestic contesting such as Sweepstakes and QSO Parties where you don’t need a large antenna farm. Soon after, I started meeting other contesters in Kentucky at various ham fests and in the early 90s, the Kentucky Contest Group was formed which I am a founding member.

On the technical side of the hobby, I enjoy building antennas and understanding their performance. Over the years, I have learned thru others, with contesting, know your audience where you will make the most contacts geographically and build your antennas in accordingly. Also, I have found that an antenna that may have worked in a past contest, may not perform the same next year, so it is best to have alternate antennas for that band. I have a NVIS horizontal loop antenna built for 80 meters which I also use for 40 meters and is very effective for domestic contests.

Other hobbies I enjoy are college basketball (being a UK grad), playing tennis several times a week and trips to the Smoky Mountains. I also enjoy attending many hamfests thru the year such as Dayton, Louisville, W4DXCC (SEDCO) and Huntsville where I get to socialize with the many friends I have made via ham radio thru the years.

I am looking forward to participating in CWops organization and making new friendships. See ya on the air.