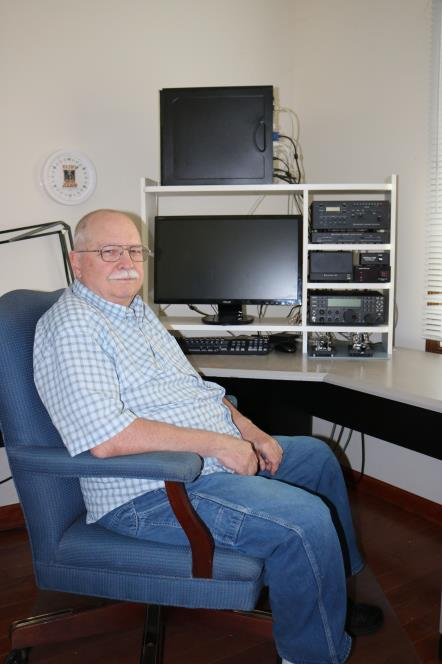 I am 76 years old. I am 14 years retired from teaching math in middle school. I first became interested in ham radio at age 15. I somehow came into possession of an issue of QST. I was fascinated by its content. I took a class offered by the local club, took the Novice exam, and was licensed as KN9JWI. About a year later I passed the General exam and became K9JWI. So, I was first licensed during sunspot cycle 19, the best ever for HF propagation. You could “work the world” with low power and minimal antennas. Sadly, I had little idea what I was doing and didn’t take advantage of conditions we have not seen since. I began college at Purdue University in 1960 and let my license lapse. I studied electrical engineering, graduating in 1966 with a master’s degree. Over the next six years I worked for RCA, Hallicrafters, and Zenith. I got laid off one too many times, got qualified at Purdue to teach math, and began a 32-year career as a teacher.

In 1970 I passed the General exam again and was licensed as WB9CKZ. I obtained my old call, K9JWI, in 1972 and have been continuously licensed ever since. I passed the Extra exam in 1990. During the 70’s I was a very casual participant in ham radio, ragchewing a few times a week using CW. During the 80’s I stopped ham radio activities in favor of learning/experimenting with microcomputers. A friend working at Honeywell gave me some surplus Motorola 6800 boards with what we call today a BIOS in ROM. From there I manually keyed in, a byte at a time, Fig Forth on an ASR 33. I used paper tape for storage until I designed and built a floppy disk interface for the 6800 system. I programmed (it was not called “coding” then) in Forth for many years. As Honeywell upgraded, I got surplus boards from my friend built around the PACE and Motorola 68000 processors. As I reflect on that decade, I am not sure it was worth the time away from ham radio.

In 1988 I resumed ham radio activities. I became interested in contest operation via state QSO parties, Field Day, and Sweepstakes. In the years since ragchews have become fewer and fewer. My contest participation is somewhat casual, almost all S&P, and almost all CW (77%) or RTTY (22%). The remaining 1% consist of various data modes and Phone (0.17%). My favorite contests are Field Day, Sweepstakes, and CAQP. I participate in some of the CW club’s activities (NAQCC, SKCC, FISTS and now CWops).

My current station is Elecraft (K3 and KPA500). My antennas are a Butternut HF9V with 60 fifty-foot radials and an 80 meter inverted vee at 35 feet. I use MixW for almost all logging. I have supplemented MixW with some Visual Basic Scripts and VB.net utilities. I use several VE3NEA products (Band Master, IonoProbe, Ham Cap, OmniRig, Morse Runner).