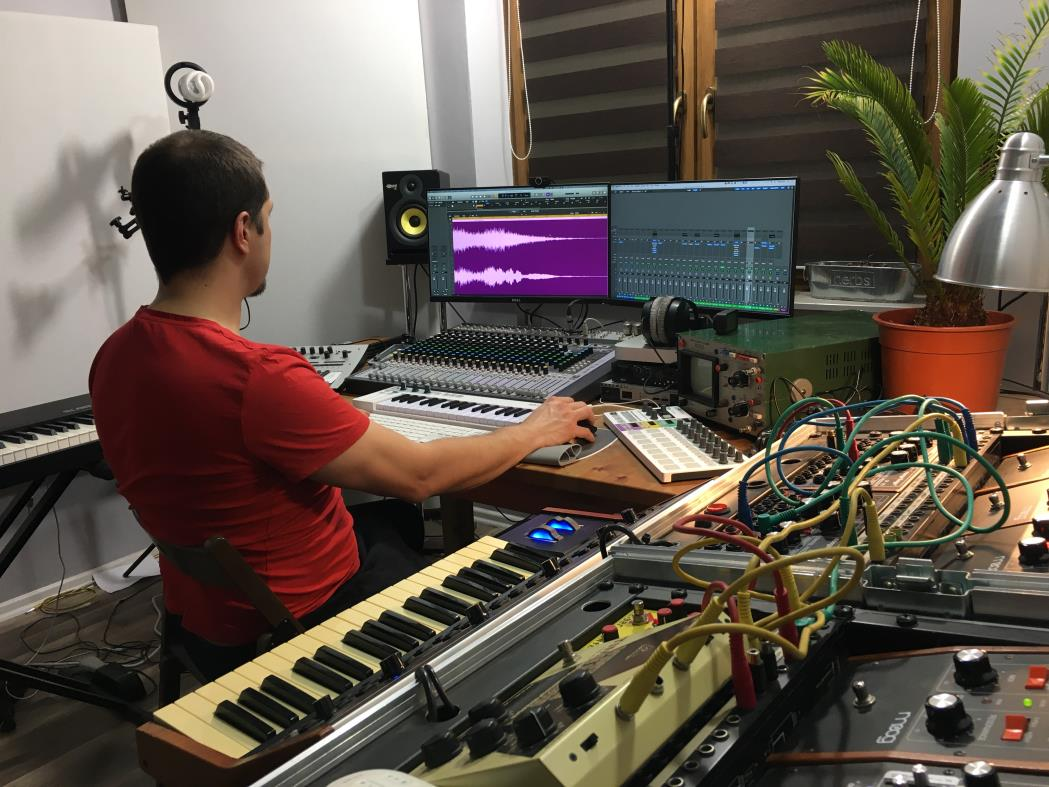 I’m a very “fresh” op. I got licensed in February 2020, so I am very happy to join CWops after 11 months on the air. It was the goal that fuelled my practice and devotion to CW, ever since I learned about ham radio. I feel a dream came true (but the fun is just starting)!

Since me and my wife moved out from Warsaw (Poland) to the countryside in 2011, I considered looking into radiocommunication, as part of the romantic vision of living remote and a little prepper mindset. At that time, I had no idea how vast the ham radio hobby was, and I associated it more with CB (boy, was I misguided) and even considered putting a CB antenna up on the roof, but never got to it. Years later, in November 2019 I was reading a couple of prepper themed books (a great series beginning with One Second After and Retribution: EMP Survival Story by another author) and ham radio topic was mentioned. I thought, this might be an interesting thing to dive into.

So, my first thought was emergency communications. But as I read a bit about the hobby, Morse code sparked my interest. The idea of communicating around the world, using this minimalistic mode and with a piece of wire in the backyard ignited my imagination. In the same way, as analogue synthesizers paid tribute to the dawn of electronic music, keeping morse code alive was paying respects to the pioneers of radio. I knew I was going to get licensed to do CW!

I’m an audio engineering teacher and a sound designer, specialising in synthesizers and electroacoustics, so understanding filters, signal paths, VFOs was a breeze, although learning about ham radio made me dive into the basics of electronic circuits, something I always wanted to do, but never had the time and reason to learn the basics properly. After getting an ARRL Handbook for Christmas and a Tecsun receiver I began exploring. By the time I got my ticket, I was half-way through learning the characters and went on HF late March 2020. At first, I was doing Phone, also as part of the MASR Emcom club I joined, but after learning the characters, I got a key (Prector by SP2SWT) straight away and went on the air. Now 99% of my contacts are CW. The purity of the mode and the effort needed to hone the skills is something that speaks to me deeply. My main interest in CW is ragchewing and DXing. Recently I did my first POTA activation and since I enjoy biking, hiking and horseback riding, I think I’ll be doing more of that this year. Thanks to participating in CW Academy, I also got interested in some contesting. After 10 months on HF, I have nearly 2600 QSOs (2/3 of them CW) and DXCC is just around the corner.

Modern times have blessed me with wonderful resources on learning the code. I was able to avoid the usual mistakes, thanks to the great insights available online. My first learning method was LCWO.net (thanks Fabian!) and later I discovered morsecode.ninja (I can’t thank Kurt AD0WE enough!). The cognitive process of receiving CW is something that amazes me still. As a teacher I quickly found learning methods that suited me and was progressing pretty fast I think, working 20 WPM after 6 months. After the summer, I enrolled into CWA Intermediate. I would like to thank the advisor Roberto (IK1HGE) and my group mates Ben (PA2ST), Gopan (M0XUU/VU3HPF) and Toby (DL3TM) for helping me in the final stretch of getting my speed to the level allowing me to join the club! I would also like to thank my colleagues at MASR club for believing in me and cheering my progress. A nod also goes to the good ops of titawa.pl (3565 kHz in SP).

I’m looking forward to meet you all CWops on the air.