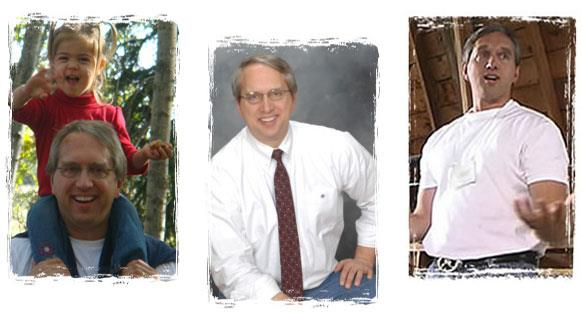 I was born and raised in Fairbanks, Alaska – the cold/dark part. At eleven years old, my older sister’s visiting fiancé mentioned “Ham Radio” and “talking around the world.” He suggested I study up and get my novice license. At that same time, my father happened to buy a cabin at a nearby lake. By amazing coincident, the cabin had a 70’ tower, 4 element beam antenna and (from what I recall) a complete Collins radio setup: KL7CKC.

I used to sneak downstairs when we visited the lake. I’d turn on the radio, slowly spin the knob, listening to whatever was on the air. Before long, I was hooked.

Shortly thereafter, I passed my Novice test. I then passed my Technician and General tests and camped out on the bottom of 15 meters, enjoying CW. I spoke with Jonestown Giana South America (the day before they drank the Kool-Aid). I spoke with the South Pole. I worked all States on 15m CW.

I then discovered girls and promptly forgot about Ham Radio until my 30’s. Life has a way of doing that to us, doesn’t it?

College, Law School and marriage further postponed Amateur Radio activity. Not until my late 30’s did I again feel the need to dive into Amateur Radio. I passed my Advanced and Extra exams, along with 20 WPM code.

I then again went dormant and struggled through a divorce.

In my early 50’s, I was again married, this time to the love-of-my life. Yet, my CW speed was stuck in the teens. Furthermore, my brain’s ability to process CW had obviously deteriorated with age. To make matters worse, my old Heathkit SB-104A smoked when I plugged it into the wall after 20+ years.

At the same time, my wife gave me an IC 7300 as a Christmas present. My tower was still standing in the yard, with an ancient Mosely TA-33 tribander, shining in the sun. It just needed coax and a rotor control line.

The biggest hurdle was discomfort with CW. Try as I might, I just wasn’t “getting” CW as when I was a teenager. I worked and worked, listening to ARRL MP3 files and got on the air as much as possible. I was able to get a bit over 20 WPM, but still struggled.

I then ran across the CW Academy. On a whim, I signed up. Then, nothing happened. Nothing. No call. No email. Nothing.

Months later, CW Academy instructor Buzz Tarlow (AC6AC) phoned out of the blue, apologizing because my CW Academy application had apparently “fallen through the cracks.” Buzz invited me to his advanced class for Jan/Feb of 2020.

Joining the CW Academy turned out to be the best decision I’ve made in years. The class was eight guys, from across the country – all struggling with CW. We met via Zoom. We studied, worked and fought our way through Buzz’ classes. It was difficult, anxiety producing, and downright fun.

I am proud to be a member of CWops. I again look forward to lurking the bottom of 15 meters when the sunspots return and hope to work each of you.