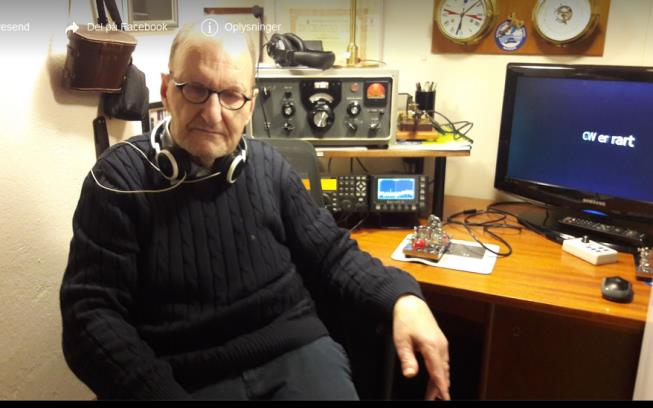 T U for membership of Cwops. I am grateful.

My thanks to Stuart GD0OUD, Antoine 3D2AG, Barry VK2BJ and Moz VK3CWB. I know those CW hams from many good CW QSOs from 80 to 15 metres.

I was licensed in Autumn 1963, 16 years of age. Years ago u needed a tecknical and a CW test to be licensed, the CW test speed was 15 wpm. I asked for and I got OZ4OO.

Few years later I was educated as radio officer, I got the first class civilian certificate.. It was in the Royal Danish Navy. I was radio officer on Naval Radio Thorshavn (OVL) in the Faroes, I have been radio officer on board a Seaward Defense Craft in the Baltic, later on the West coast of Greenland. My last years as radio officer was on a WX station. Danmarkshavn(OXQ) in North East Greenland, 7646N 1846W.

On the Faroes I was OY4OO, from North East Greenland I was OX3OO.

I was not QRV from August 1986 to November 2009. When QRV again I changed my callsign to OZ1OXQ, OXQ was the callsign for the WX station. In North East Greenland.

I look forward to have many good CW QSOs with other members of CWops, as well as many others.

For me CW is made by a key and received by ears.