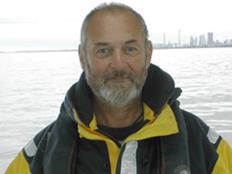 I was originally licensed in 1968 with the UK call sign G3YAQ. On arrival in Canada in 1980 I immediately qualified at the advanced level and was issued call sign VE2FUP. A few months later I was pleased to be issued VE2KM.

I have 3 other call signs VA2XDX, VA2KCC and VE0XDX. The latter is only valid when offshore and was recently used on a sailing voyage from Maryland to the Bahamas on a 60-foot schooner.

I have a Yacht Master Ocean certificate and teach all levels of sailing and navigation from beginner to offshore.

I operate mostly on the HF bands and I am in the process of putting a 6m station together. My 2 favourite bands are 40 and 10.

I have several rigs, all of them ancient. My primary HF rig is an FT102 with all the additional accessories; the full line up. I also have an FT757, a FT890, a FT690, a FT290, a FL2100Z, and a FT847. The latter recently acquired to get my feet wet operating satellites. I will be building antennas this winter. I have also acquired an FT401 which will be refurbished this winter. Yes, I am a fan of Yaesu rigs.

When I was first licensed, I used government surplus radios very much modified by me. That was all I could afford at the time. The skills acquired during that period are now being put to good use refurbishing old ham radio equipment. My first true ham equipment was a venerable FT101E which I wish I still owned. I guess I am brand loyal.

My antenna is a Mosley 4 element beam covering 40 to 10 but is presently down for an overhaul so I am operating into a wire loop of indeterminate length and odd shape through a SG230 antenna coupler. It is doing a reasonable job as I was able to work into Europe on 80m using 100W despite the lousy band conditions we are currently experiencing.

CW has always been a passion with me. I was pleasantly surprised to find that even after a 30-year hiatus I could still copy CW albeit only at about 15 wpm. I have been slowly regaining my previous operating speed helped in great part by the CW Academy advisors John AJ1DM, Ted WA3AER, and Joe KK5NA. I skipped level 1, graduated from level 2 in May (2019) and level 3 in Oct (2019). I participate in the CWTs whenever I can. Boy do those guys go fast! I prefer to use a straight key but reluctantly used a paddle and a keyer for the CW Academy sessions. On some occasions I would use the straight key in the session and my sending was always more accurate than with the paddles. Apparently, this makes me a bit of an odd ball.

One of my other passions is teaching sailing and later this year I will install a rig on my sailboat and operate /p in the Great Lakes. I also plan to play with the some of the digital modes in the near future.

I dabble in contests but I am not a dyed in the wool contester. It takes me longer to log the contest QSO than the QSO itself takes.

The only time I use a microphone is to log into the Professional Loafers Net which meets daily on 80m, otherwise my operating is strictly CW. When first licensed I chose to operate only CW even though I had full band and mode privileges. I had a lot of fun then; so now I am reliving my early days as a radio ham. I have gone back to my roots as a CW operator and also refurbishing / maintaining old radios. In addition to the FT 401 mentioned above I also have a Swan TX/RX and several Heathkit radios to work on this winter. Hopefully I will be able to return them to their owners in a fully operable condition.

I am a professionally trained instructor and facilitator. My next goal is to become a fully-fledged CWA Advisor. At present I am assisting John AJ1DM with an intermediate class and Bill W0EJ with a beginner class. I am extremely grateful for all the help and encouragement that I have received. I am looking forward to being an active CWops member and assisting others achieve their CW and ham radio goals.