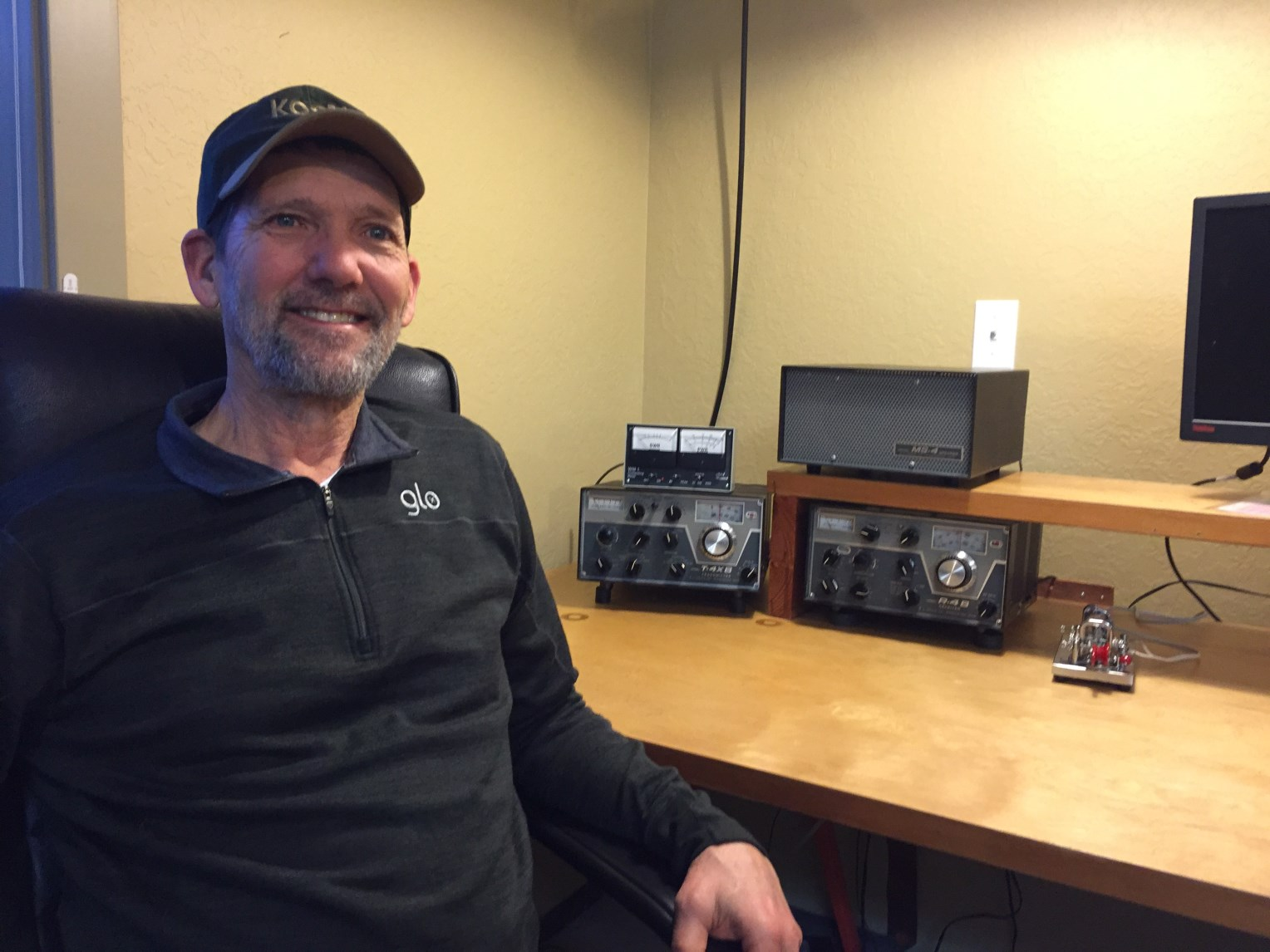 I was first licensed in 1975 with the call sign WB0ROK, in White Bear Lake, MN. Soon upgraded to Extra Class and acquired my current callsign due to its nice ring on CW. Moved to Littleton, CO in 1981, spent 10 years with my family there, then relocated to NE Wisconsin, where we had a nice piece of acreage with plenty of room for an antenna farm. Did lots of dxing and contesting from there before relocating again to Missoula, MT, our current home. Also spent many an evening handling traffic on the CW nets.

I learned to telegraph while working for the railroad in the early 70’s. The old telegraph wires remained in place and many of the Old Timers were still using them. Seemed like a fun thing to do so I dusted off an old Bunnell key and sounder that my dad had given me for a gift (he was a rail, too) as a kid. Practiced every day for about 3 months until I thought I could maybe keep up with the OT’s. They welcomed me aboard and I was soon copying train orders via telegraph and typing them up through multiple carbons on an old Smith Corona manual mill (that’ll build up the old finger muscles!). For those who may be interested, I worked for the CMStP&P (Milwaukee Road) in the Twin Cities, Minnesota area. The position was called control operator/telegrapher. My favorite post was St Croix Tower, near Hastings. As most of my friends have heard me say, it was like playing with model trains, only life-sized. Also worked at St Paul Yard, Chestnut Street, Hoffman Avenue, South Minneapolis, Winona and Red Wing. Sadly, those days were soon gone when the Milwaukee Road was no more, and it was on to a career in carpentry and home building. I plan to retire in 2020 (can’t wait!).

Not much room for antennas here at home as we live on a small city lot, so just a 40M dipole at about 25 feet. Also have a little getaway in the Bitterroot Mountains, at 4700 feet elevation, where the station consists of a 45’ tower with a 2 element beam for 15 &20, and wires in the trees for 40 & 80.

Much of my operating takes place with sort of field-day style setups on mountain tops in the area. Also, from my friend Bob’s, N7IP, 1st rate station in Florence, MT. Have a look at his page for the rundown. We love to contest and try to make all the majors along with some of the QSO Parties. Also, I have been known to jump into a DX pileup from time to time.

Thanks to the following CWOPS members:

NS9I, Dwight, my old contesting pal in WI, who initially nominated me for membership in 2014.

W7EE, Gary, a great friend and one of my newer contesting buddies. He’s always been there when I needed help putting up another antenna.

K7QA, Tom, another contesting buddy and a whiz with radio stuff, who helped me restore the Drake B-Line you can see in my picture.