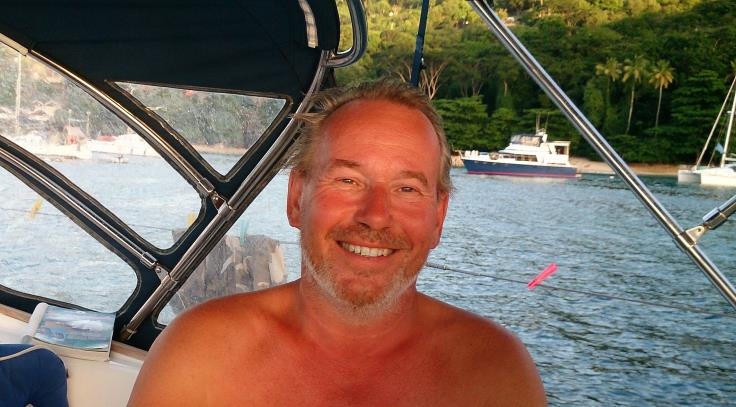 I was born in 1958 in a town called Falun, in the central parts of Sweden. Raised with my parents and two older brothers, Jan, 11 years older and Per, 3 years older. We all had an interest in electronics and technical things for as far back I can remember (I believe it came from my uncle Charlie). The very first encounter with amateur radio were thru a kid in the neighborhood I made friends with, Thomas. I was about 7 years old (1965). Thomas was one or two years older than me, but we always came up with some fun. His brother, Kjell, was a ham, callsign SM4DJO. When Kjell was in school we played with his gear sometimes, listening to his Trio 9R59 receiver. Sometimes Thomas tuned up his transmitter to and send a few strokes on his key. By that time, we didn’t know morse code. I don’t think Kjell even knows what happened today.

By this time, I was producing crystal set’s and sold it to friends in the hood and at school. That wireless radio stuff nagged both Thomas and me, so we decided to have our own communication link between us. We built a few FM transmitters so we could link up and talk without using the landline, we had no idea that this was illegal by then. The first few constructions we made were lousy, we didn’t make the needed 100 meters (300 ft.)
But uncle Charlie came to some help with a more powerful (yet small) device so we did make it. We had some fun.

In the late 60’s my brother Jan did his military service as a radio operator and learned Morse code and after that he applied and got an amateur radio license when he moved to Uppsala, SM5EXN, now PY2ZXN.

A few year later the radio club in Falun had an exhibition at the local museum, me and my brother Per went there and we were impressed of all the contacts they made around the world. They had really “flashy” Drake 4B line up and running there. It was “Wow !” Göte, SM4CUQ demonstrated the radio in a pedagogical way, I was sold.

The club also announced they were going to have beginner’s classes to get a “ticket to the world” and the Swedish national TV station were showing a program on the same subject, “The ticket to novice license.” Me and Per signed up. The classes were held at the local club once a week and the teachers were Robert SM4AUU and sometimes his brother Rune SM4BJX. It was a struggle in the beginning, but the mind was still fresh. We both passed the pre-tests, but I was underaged to do the exam, I had to be 14 years or older to do the exam for class C (novice). But made all the paper work for the application before that.

My brother Per passed and got his ticket and callsign SM4FPH. Per had acquired a Trio ER-202 receiver and built a crystal-controlled tube transmitter for 80 and 40 meters, 10 watts input. I used it sometimes and his callsign too, sometimes with his knowledge, sometimes without.

After little more than one year, just after I became 14, I was called to do the exam at local military facility. The examiner was Carl-Eric, SM4ASI, who used to train the army guys in Morse code (including my oldest brother). After a few weeks of wait I finally received my license in the beginning of February 1973, callsign SM4FPR. Some of the local hams claimed I was youngest in my country by that time, but who cares, I had the ticket in my hand and the world was in reach.

I work in construction projects as a project manager and are specialized in steel structures for over 35 years. Today I run my own business. I am married to Nathalie (from J6) and have two kids. Love to travel and see the world especially when there are sea and sailing involved, so much, that I took 8 months off from work to sail to the Caribbean and back on a 37 ft sloop. Visiting islands from Grenada up to USVI. (No regrets at the retirement home 😊). I used to build a lot of electronics but now days the eyes are not the same (or the components shrinked). My first rig was a Ten-Tec PM2B. Still do QRP now and then. Got me a KX-3 in end of 2012 to have as an extra RX but it quickly phased out the IC7000 as a primary rig, later I added KXPA-100 and KPA-500 linear amplifier. I like to chase DX (thrilling) and some contests (not too serious). CW are my favorite mode 98-99% of my Q’s are CW. Thanks to my nominator/sponsors for letting me join-in to RM2D, SM0OY, VE2IR and LY8O.