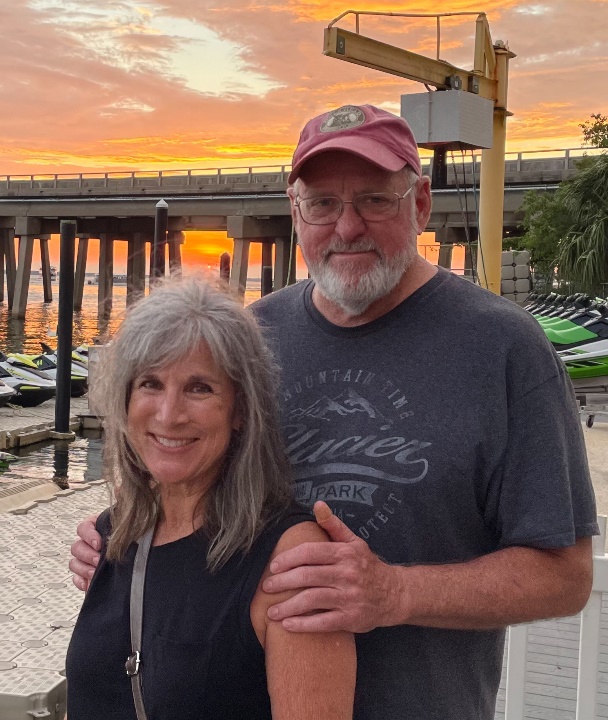 Licensed as a Novice in 1971, I acquired a receiver but never had a transmitter. I went off to college, my license lapsed, and I didn’t think about it again until a newspaper article about amateur radio inspired me in 1993. I didn’t remember the CW characters but was going on a three-day business trip, so I bought some code tapes along with Novice and Technician license study books to take on the trip with me. I listened to code tapes while driving and read the books at night. I was amazed how quickly the code came back to me. Realizing I copied at least a 5 wpm level, I checked and found there was a VEC license exam in Atlanta that I could visit on my drive home. I passed.

While waiting approximately ten weeks for my Technician license from the FCC, I practiced CW faithfully, and studied for the General exam. Passed the 13 wpm and General written exams the month before receiving my license. Two weeks later I passed the Advanced exam. I vowed not to touch a microphone until I could pass the Extra exam, making many CW contacts as KR4DL, and kindled a love for CW and DX chasing. I passed the Extra code and written exams just over 4 months after that business trip. K4WA was one of my top choices in the vanity callsign lottery because I thought it would play well on CW. I chased DX for the next few years and started making trips to DX locations to operate from the “other end.”

At the peak of what I viewed as my DXpedition CW op avocation, I spearheaded pursuit of a permit to activate KP5, Desecheo Island, which was at (or near) the top 10 most wanted. After months of effort, we were issued a Special Use Permit in February 1998 for an operation in early January 1999 and began organizing the team and logistics. After significant progress, our permit was abruptly rescinded at the end of April 1998. I was crushed, but pursued an appeal of the rescission for months. Our appeal was denied. I later heard a rumor our effort was rescinded due to a conflict with a joint Coast Guard/DEA operation to curb drug trafficking in the Mona Channel. I kept my head up, making trips to KP2, KP4, PJ2, J6, BV and BV9P.

Our KP5 team was invited to submit a proposal when the Fish and Wildlife Department was compelled to allow a radio operation from Desecheo. So, I pursued the permit again, even making a trip to the regional office in Boqueron to make the presentation. It was obvious from that staff’s demeanor we were doomed before they even viewed our proposal. The second rejection, and watching the subsequent operation by another group, sprinkled salt in my wounds and contributed to my second hiatus from amateur radio. I made only one contact (it was with that KP5 group) in the seven years from 2008 through 2014, focusing instead on hobbies in photography, sculpture, music, and my jobs in real estate and city management.

After moving to Destin, Florida with my lovely and supportive wife Karen, I put up modest antennas and rekindled my interest in amateur radio, which has always centered on CW. I applied to CWops Academy because I thought it would be a good way for me to recapture some old mojo, and perhaps reach my ultimate goal, head copying at 30-35 WPM. I’ve been extremely pleased with the program, though getting back to my last speed was not as easy as in my youth when the goal was only 5-7 wpm. Now closer to my head copy goal, my passion for CW and DXing has been re-fired. I’m grateful for the example set by my advisors (Roy KK6M and Rob, K6RB), and thankful for the sponsors that supported my nomination for inclusion. It’s truly an honor to be in the company of such consummate CW ops (I’ve worked many of you in the CWTs and realize how very good you are). I think this organization is filling a huge need, and I’m thrilled to be a part of it.