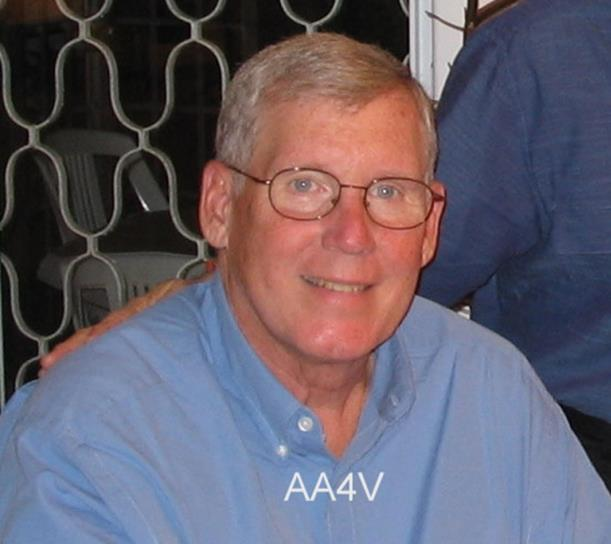 I was born in 1943 in Washington, DC. At the age of10, I discovered my grandfather’s console radio with short wave bands. Like many, I was hooked the first time I heard the BBC and Radio Moscow.

I found myself around ham radio operators as a teen ager but was unable to put enough money together to build a station. I would wander over to a local ham’s shack and sit next to him in a room full of equipment, listening while they worked the world. It wasn’t until my college years that I was able to get my license. I was first licensed as WN3JDA, then WA3JDA. After school, I was in the military for several years and became active on the bands in 1968 when I left the service. Oddly, the apartment building where I lived in Silver Spring, MD was also occupied by 3 hams, within 100 feet of each other. Back in the day, we were fortunate to have an understanding manager at Hampshire West who allowed us each to erect an antenna on the roof. We each had to be very careful to let the others know when we were going on the air due to the closeness of the stations.

One of the residents came up to my door and asked me if I was a ham. Concerned a bit by his query, it turned out that my visitor was the fellow who moved in just below me. He instroduced himself as Don Mikes, AA1V (he had a W3 call at the time). We became fast friends and when we traded our calls in for new ones in 1977, I got AA4V and Don got AA1V.

I have also guest-oped at NQ4I’s super multi-multi in GA.

Current setup here is Elecraft K3 and Yaesu FT1000D. Amps include ACOM 2000 and SPE Expert 1.3k-fa. Antennas are 70 foot vertical mounted on the end of a 150 foot long pier. I use two resonant elevated radials for 80 and 160. I feed the antenna on top band through a switchable hi-Q matching network. On 40 and 30, I use verticals mounted on a seawall with about 15 radials in the sea water for an excellent ground return. I use a SteppIR 3el Yagi at 60 feet for 20-6.