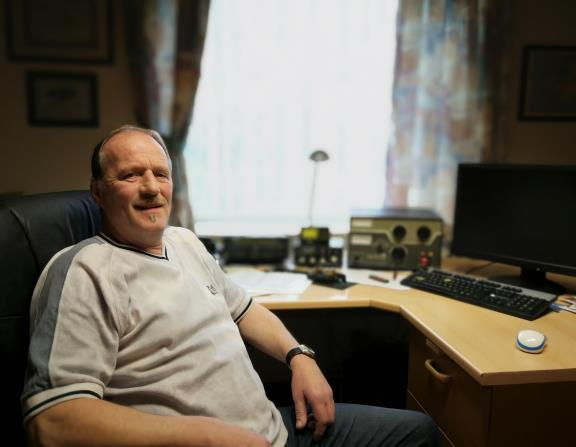 Hello everyone! First, I would like to thank my sponsors for making this membership possible. I am really thrilled to be part of CWops.

In 1960, I was born in former German Democratic Republic (GDR). Ever since I was highly interested in electro-technics and science. But it was not until a close friend of mine showed me his radio station that I became truly passionate about radiotelephony and CW. Living under the restrictive regime of the GDR, I was glad being able to communicate with the rest of the world through Morse Code. Back then, I was around 14 years old. In 1978, I received my official license.

By now I am married, and I have one daughter.

Almost 40 years later, being a part of the local ham radio activities is still my favorite hobby. Since 2013 I am a member of the HSC. My membership number is 1898.

Being especially interested in high speed telegraphy (HST), I decided to join the German HST team in 2010. Since then, I support the team during every world cup. Because the competition from Eastern Europe remains extremely high, I am very proud of winning two medals at this year’s championship in Hungary. Meeting ham radio operators from all over the world is always a very special and happy event for me.

I am looking forward to seeing you on the bands!