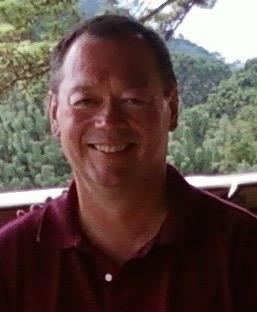 I would like to thank Buz, AC6AC for nominating me and Jim, WT8P; Rich, N4DPM; Emma, AF7MM; Terry, KN7A and Gwen, K6RGH for sponsoring me.

I was first licensed in 1982 as KA2QYF. I was working for the Public Broadcasting Service, PBS affiliate WMHT in Schenectady, NY. The broadcast engineers were all hams. As soon as I expressed interest in ham radio, I immediately had about 8 Elmers! My Elmers quizzed me daily on theory and helped me learn CW. I did have to pass a 5 wpm CW test for my license. I upgraded to Technician Plus after several months as I had to wait until the FCC came to Albany, NY to administer ham exams. I then upgraded to General after the code requirement was lifted. I upgraded to Extra in 2006 and obtained my present vanity call, W2GZ.

I left WMHT in 1989, going to work for the Schenectady, NY Fire Department as a firefighter/paramedic. I then got married and my wife and I raised 2 children. I eventually became a police officer after I was placed in charge of Schenectady’s arson investigation unit. I also served as commander of a team of SWAT medics. When I retired I held the rank of Deputy Chief. I worked for a neighboring town, Colonie, NY, part-time for 20 years as a paramedic, and spent seven years working part-time as a senior flight paramedic with the New York State Police. I retired from the Schenectady Fire Department and Town of Colonie in 2014 and moved to New Hampshire in 2015. My wife and I purchased a farm in Canterbury, NH. My wife is a full-time farmer and I am one of the chiefs at the state fire and EMS academy.

In 2020, my interest in HF and CW was rekindled. I began to study CW on my own, using iOS apps on my phone. This was a good start, but I needed structured study. A Google search brought me to CW Academy. I began my studies with CW Academy in 2021, taking Basic with Ed, K6HP. I then took Intermediate and Advanced with Buz, AC6AC. These classes were such great experiences! I have made new friends and now am active daily on HF using CW. When I began my CW studies, I was using an Elecraft KX1. I recently purchased an Icom 7300 and it’s an amazing rig! The KX1 will be used for SOTA and POTA. My antenna is an EFHW. I am extremely fortunate to have about 24 acres of woods and fields, so I plan to put up more antennas!

Future plans are to continue with daily CW QSO’s and daily CW practice to keep improving. I had a huge case of key fright when I started classes. That is something that I still struggle with. Daily QSOs have helped. I am honored to be a member!