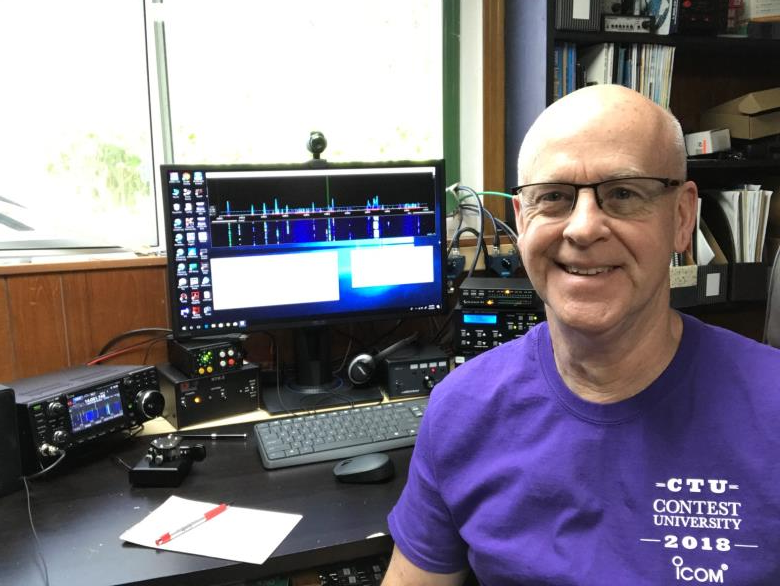 It was 1960, 5th grade and a crystal radio just had to be built! My dad, an EE, accompanied me to the local electronic store to pick up the necessary magic, a galena crystal and a cat whisker!

The rest was done by following the Boys First Book of Radio instructions. I wore that book out checking it out many times from the public library. Luckily for both of us, there was a 5kw AM station on 1320 line of sight a few miles away, the crystal set was a success! (Later on, their 3rd harmonic on 3960 kc proved very frustrating!!)

My neighbor, Ren, was W7SJ, (7SJ 1924) He noticed my interest in radio, and he gave me some unknown vintage shortwave receiver in a homemade plywood case, the kind where the 40M band was a ¼” wide spot on the dial.  But it had something called a ‘band spread’ knob and a BFO.

I had ‘discovered’ Popular Electronics magazine and the really small ads for electronic catalogues in the back of the magazine. Companies like Burstein & Applebee, Lafayette, Allied, Heathkit, Eico and others. I sent off letters requesting their catalog with a copy of their ad clipped out of the magazine and stapled to my letters. Many hours were spent listening to that receiver, logging stations heard and thumbing through those catalogs.

By the time I was 12 I was mowing his lawn and many others, I needed to fund this radio hobby. He asked if I would like to see ‘the shack’. Ren had a separate room in the basement for his station housing a beautiful HRO-60 next to a Collins 310-B-3 CW transmitter. Morse code was coming through the National speaker and Ren put on the “cans,” sat down next to his “mill” typewriter and banged out the conversation while talking to me at the same time! He had been a CW operator in the Navy.

My question was, “How old do you have to be to do this?”  “You can get ticket right now, Roger” was his reply. “There is no age requirement, you just need to learn the Morse Code, study the license manual, build your station and I can give you the test.”

Well, Dad, the EE said first off you need some test equipment in order to build anything, so off to Heathkit went an order and my lawn mowing $ for a VTVM! Back to the local electronic store for a Weller 90/125W soldering gun. This was later followed by a Heathkit HR-10. Time was moving on and Ren gave me a March ‘64 QST that had a two band 80/40 novice transmitter article. That kept me busy for quite a while, learning to do octal sockets (3) with a twist drill and a half round file!

The code test was passed, and the written test was given. Off it went in the mail to the FCC in some place called Gettysburg. My license finally arrived and was taped to the inside of the glass window of the locked back door so I could see it when I got home from school. My mother’s sense of humor!  I had one crystal for 7176 kc and a DPDT porcelain knife switch for my antenna change switch. Ren helped me test the transmitter into a 40-watt light bulb.

My first contest was the Novice Roundup in 1965. I worked hard at making as many QSO’s as I could and received the Section Award for Washington State. I got my General just after that, Advanced in 1969, and finally my Extra in 2002.

I went through a boatload of ham gear and many antenna configurations over the years.

I applied for the vanity call K7SJ to honor my Elmer W7SJ. My Dad did become a ham as well, WA7NHM, now a SK at the age of 99.

As life’s journey turned out, I met a lovely lady from Halifax via the internet in 2010 and moved there to marry her. I became VA1RST in 2018 and “found” CWOPs. Jerry AC4BT was a fabulous instructor and I am honoured to be #2049. I had a career as a Civil Engineer, pulp and paper, roads and bridges, in the States and finally Municipal engineering here in Nova Scotia.