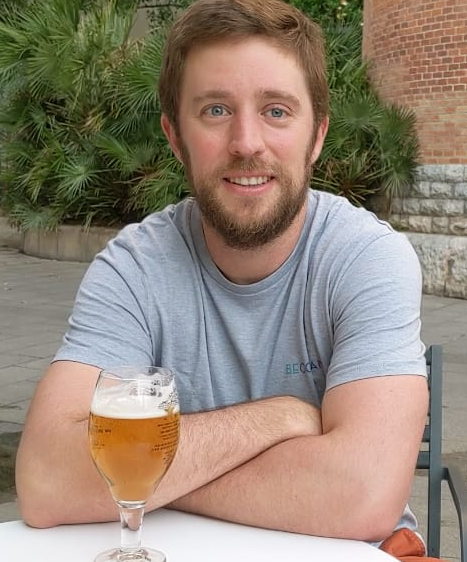 I am very excited to be part of the CWops family. For this, I would like to thank my nominator Juan (EA1X), as well as my sponsors Rick (EA4M), Josep (EA6BF), Juan (EA5FID), and Rocky (DD7CW). They did an outstanding job in validating my candidature in just the span of a weekend!

My passion for CW started when I was 11. My father, Ramon (EA3AVV), who is a ham since the late 70s, had his radio shack in the studio of the apartment where we were living. I had always been a very curious kid, so one day I asked him what those “clicks” that he was making with that “weird metallic thing” were, and why he was smiling at the radio from time to time. After a couple of months, I already could solidly copy and transmit CW at around 15 wpm.

Unfortunately, the minimum age to get a radio amateur license in Spain was 13, so I had to wait for a couple of years before I could take the exam (which does not mean that I waited cross-armed until then, but this is a story for another occasion). I got my Novice callsign (EC3AJL) at the beginning of 2002, and my Class-A license and callsign (EA3ALZ) in 2003.

In those times, also my passion for contesting began. Between 2002 and 2007 I had the honor to be part of the EA6IB contest team. How much patience they had with me (and how grateful I am for it)! Also in 2009, I was lucky to be selected within the Young Ham Contest program by KY1V and K1LZ, which brought me to operate from the 6Y1V station, still one of my best (if not the best) radio experiences so far. The seed was definitely planted: since then, I’ve tried to participate in any major contest I’ve been able to.

In the meantime, I finished my degree in Physics, and in 2011 I moved to Geneva, Switzerland, first to study for a Ph.D. in High Energy Physics at CERN, the World’s largest particle accelerator, and then to work there as a post-doc researcher. During that time, I operated from the F6KAR radio club. In 2018 I decided to come back and work in the private sector as a Data Scientist, which I still do. That year I also changed my callsign to EC3TW. Finally, in 2020 I changed it again to the current one.

Being now back at home allows me to operate almost on a daily basis. I also enjoy hiking in the mountains and activating summits within the SOTA program, activations that I share with my dad when possible.

In recent years, I have also been operating most of the major contests from the EA6FO station (SOAB entry), and since a few months ago you might have also heard me as EA6/EA3M via remote, from there.