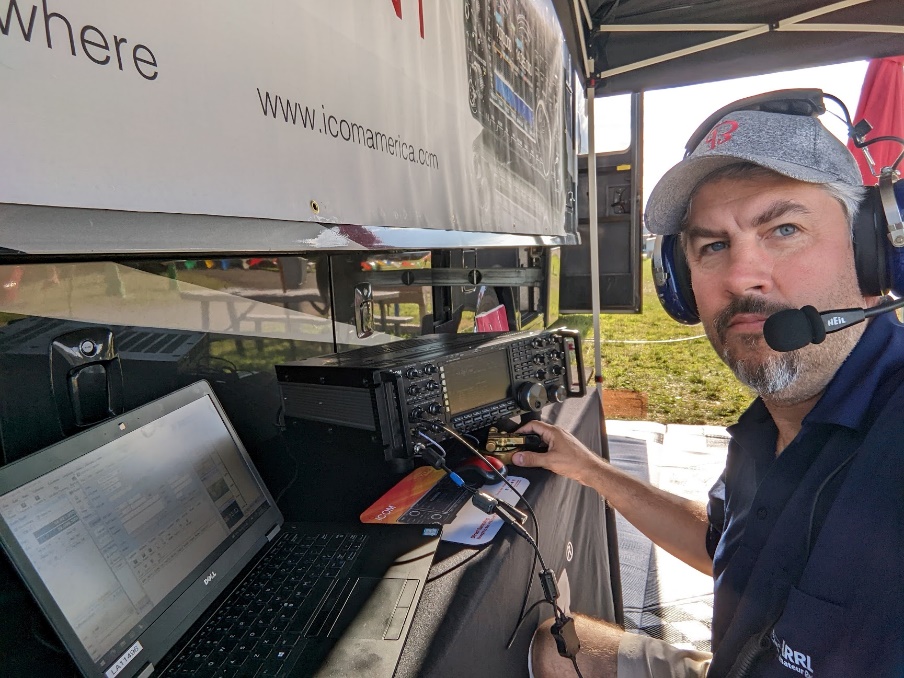 This might sound odd, considering the fact that I am writing this in the CWops newsletter, but the Morse code requirement kept me away from the hobby until the early 90s when the Technician No-Code license was introduced. I was really only interested in local communications and was always intrigued by the use of repeaters and the 2 m band. This was before cell phones were prevalent and I saw this as a great way to communicate with my friends. A friend of mine mentioned that the code requirement was dropped, so a handful of us studied for the test.

Not long after I received my license, I was invited over to my Uncle Al’s house. He was an avid operator and we always talked about antennas, radios and operating. This particular evening, there were a couple of guys crowded around equipment in the lower level.  The smell of warm electronics and the sharp tones of Morse code filled the room. The guy operating the radio had a headset on, but also had the speaker plugged in so the others could hear. Yes, it was a CW contest – the first I ever experienced.  The ARRL November Sweepstakes was in full swing!

I had no idea what was happening, or who was doing what, but I was intrigued by the fact that these guys were making contacts – using a whole other language to do so! After watching the intensity of the operation, the pile up of stations trying to call, and the fast pace of contacts, I was suddenly motivated and wanted to join in on the action!  It took me nearly 20 months, but I eventually passed my 5, 13 and then 20 wpm test and have been enjoying CW ever since.

Sometimes I get made fun of because I haven’t had a microphone for my HF radio for the past 20 years or so – I was just never interested in side-band. I do, however, have a collection of CW keys. I love operating CW mobile, and also do CW activations of POTA and SOTA. Every chance I get, I try to evangelize the excitement of operating CW and post often on social media. As I have said to many people that ask – the best way to learn CW is through the CWops CW Academy, but for the folks that seem to want a more casual approach, I have been trying to post videos on my YouTube channel to help.

I want to thank a couple of my friends for giving me the nudge to get moving on membership – WE8L and VE6JTW. I would also like to thank Bob – N4BP for nominating me. I might be just another QSO in the log, but when I was a kid listening to SSB, I would always hear him coming in strong in Chicago – November 4 Baked Potato – for some reason it only seemed natural to ask him to help with the nomination.