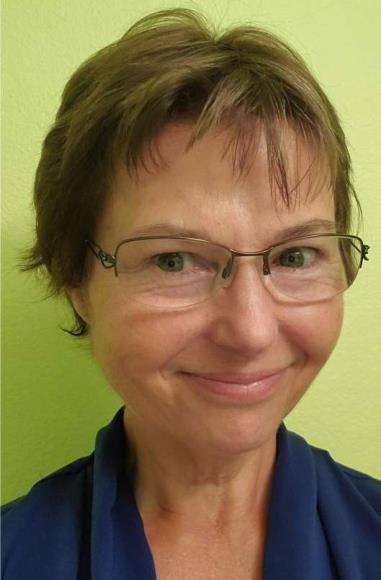 Thank you to my dear buddy Sam, WC7Q, who nominated me into CWops and to my other kind sponsors, N7US, W6SX, WT8P, and K9CT. The peer pressure of being a member will be a big motivation to me for improving my CW skills! Thank you for your confidence in my ability to grow as a CW operator. I enjoy the Wednesday sessions very much!

Yes, I am a CPA licensed in the state of Washington. It seemed like a cute idea at the time, maybe even memorable to some who work me; however, my vanity call sign wasn’t my best decision as a CW op!

I learned Morse Code as a kid and got licensed as a novice around age 11 or so. My father got me started learning the code, though he was never a ham. He learned code from his future father-in-law, in a class my grandfather taught to airmen in training during WWII. My older brother was the ham in the family and when he went off to UC Berkeley with the intention of joining its ham club, he suggested we could have QSOs in Morse code. What younger sister could turn that down? I used my brother’s left-behind ham station and rag-chewed all over the country, Japan, and South America, collecting QSL cards. It was a great hobby for a little girl. Meanwhile, I also became a flute player, enjoyed performing, and had a small studio of students by age 16.

I continued in the hobby until I was 16 or 17, then left it behind when I left home. In 2016 I discovered the ham radio floor of the Spark Museum in Bellingham, Washington. I loved the smell of the old radios! It “sparked” the idea that I could be a ham again. I got re-licensed in January 2017, bought a used KX3 from a club member, and a club antenna team of Elmers came over to shoot my first wire dipole into my trees.

Fast forward to now, I have my extra license, IC-7300 to a KPA1500 into a Big SteppIR vertical on my little hill with a sweet downslope takeoff. My Elecraft K4HD is on order. I have a new secondary QTH under development near water in Port Townsend, Washington using my KX3/KXPA100/KPA500 for now into a small SteppIR vertical mounted through the attic, over a metal roof. My daily thoughts are of more antennas, more antennas. I will get there.

I enjoy belonging to several clubs including the Western Washington DX Club, whose purpose aligns with what I enjoy most about ham radio, DX and contesting. However, I am also an active member of my local Snoqualmie Valley Amateur Radio Club and part of a team of seven ham-licensed disaster service volunteers badged and training for emergency communications use by our local Duvall fire station.