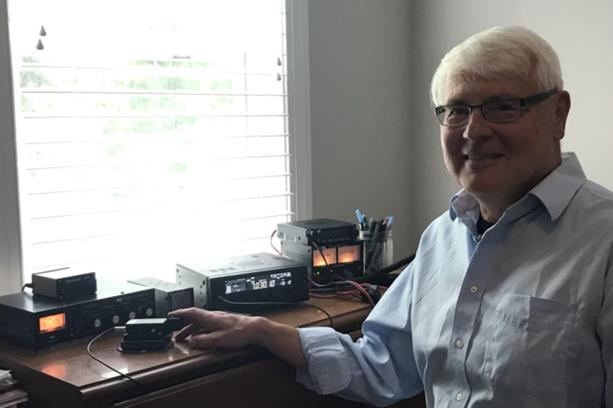 Many thanks to my advisors, Buzz AC6AC, Rich N4DPM, and Dennis KN6IPE as well as those from the membership which served as sponsors, all of whom made my membership into CWops a reality. My instruction over the past several weeks was top drawer as were the training materials provided by the CW Academy. The skills as a CW and overall ham radio operator which I acquired during this training significantly improved that of my previous 52 years as a ham.

My earliest years were spent in upstate New York, the city of Troy, to be exact. I graduated from Siena College in Loudonville, NY, with a BS in Chemistry in 1973, thereafter beginning my employment as an analytical chemist. This was initially at Winthrop Laboratories, later as Organichem and Albany Molecular Research, all in Rensselaer, NY. Many years later, in 2011, I joined New York State employment with the Wadsworth Laboratory, NYS Dept of Health, as a chemist in the medical marijuana program. I retired from NYS employment in 2021 and moved to Angier, North Carolina with my wife. My daughters and grandkids live down in North Carolina so we are close to them.

Back in 1963, I built a crystal set described in the World Book Encyclopedia. This led to interest in the books authored by Alfred P. Morgan, the Boy Electrician, the Boy’s First Book of radio, which had all sorts of electrical and radio projects. Significantly, Allied Radio came by and I jumped at the opportunity to build a 100 mW walkie talkie pair. After that, I purchased the Knight Kit Star Roamer SWL receiver. From this set I first tuned into the ham bands and the rest is history.

My rig as a Novice was the Knight Kit T-60. This radio is now on my restoration to do list. My current rig is the Yaesu FT-450 and an inverted vee antenna. The Yaesu FT1900 serves as my 2 meter FM rig.

CW remains my favorite mode and I am looking forward to continuing with the CWops Advanced study to improve my skills. I also look forward to start participating in CW nets. On the side, I also continue my studies as a classical pianist, which I feel helps my CW. Both involve tone repetitions evenly spaced while changing speeds, in CW as wpm, and in music as tempo changes.