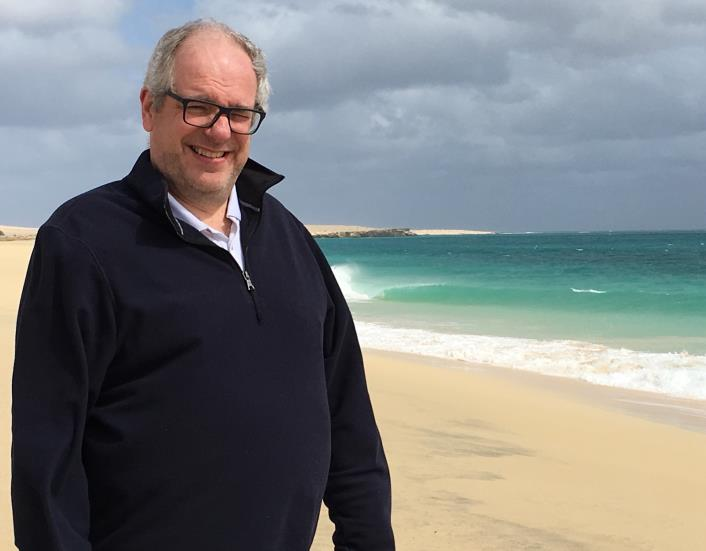 My first experience of amateur radio was as a child, sitting with my uncle, Kevin Kelly G4DON SK, while he worked 20m and 15m SSB. I was fascinated by the knobs and glowing dials on his rig, and even more impressed by how he had managed to get a cubical quad onto the roof of his house.

At college, I decided to get my licence and became G1CUU – I hadn’t learned Morse so had just VHF/UHF privileges. I worked the repeaters for a while, but career and marriage soon took priority over amateur radio.

I came back to the hobby in the early 2000s. We had moved to a house with enough space outside for simple wire antennas and I decided to get my full licence. I passed the 12wpm Morse test and became M0DHP in 2003. I had two main interests: DXing on SSB, PSK31 and CW (with much help from CW reader software) and working amateur satellites. Homebrew radio and electronics had always been (and remains) a passion: my projects at the time included an AZ-EL rotator for the satellites, Elecraft K1, keyer interface and a “huff’n’puff” stabilised VFO from a design by Hans G0UPL (more about Hans later).

After five years, having achieved DXCC and with major building work on our house looming, I decided to dismantle my shack and take a break from the hobby.

Fast forward to August last year. Having taken early retirement from work, I was volunteering at a couple of programming clubs for kids and helping at our local preserved steam railway. I decided it was also a good time to get back into amateur radio, with two goals: learn CW properly (and use it) and build something more challenging than my previous homebrew projects.

I can’t remember how I found out about CW Academy but I am so glad I did! I signed up for the Level 1 course and was assigned to the January session with advisor Peter GM0EUL. The structured learning approach and encouragement from Peter and the other students really helped me develop my skills.

I enjoy contests and CWT, not because I’m going to win any of them, but for the adrenalin buzz of trying to get just one more QSO or copying the callsign first time. I’m afraid it might be addictive.

I mentioned that I wanted technical challenge too; this comes from digital amateur TV. I’ve built a multi-band receiver and transmitter, and a 70cm power amplifier and antenna, all of which I use /P. I have just started work on adding 23cm to my setup. A typical data rate for DATV is 1 megasymbol per second. If I could use that bandwidth to send text rather than video, it works out at about 2.5 millon words per minute!

I am delighted and proud to have been accepted into CWops. On the day I received the welcome email, I also had confirmation of achieving DXCC CW and WPX CW. Truly an auspicious day!