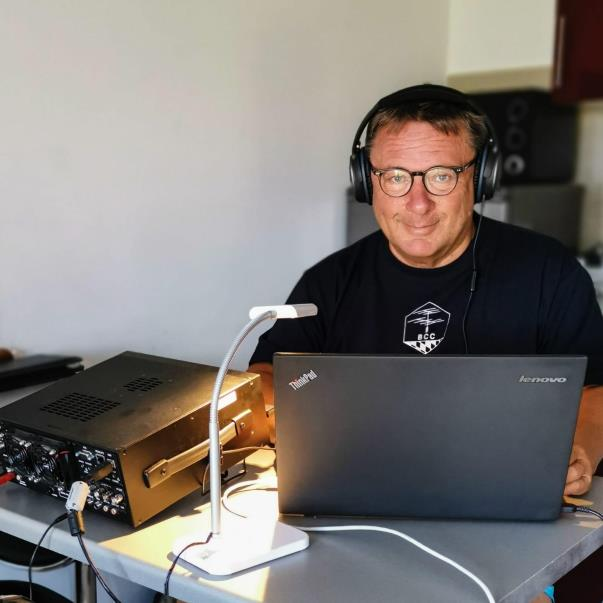 I was born in 1958 in Eastern Germany and got my first Ham Radio license at the age of 16 in March 1975. My first callsign was DM3PFF. Until 1990, the year of the reunification of Eastern- and Western Germany, I never had the chance to experience the other side of the pile ups.

Nevertheless, it took up to 2003 before I participated in my first DXpedition to Kerkennah Island, Tunisia TS7N. In the following years I attended more or less large DXpeditions every year. As you can see in my callsign – CW is my favored mode and I especially like beautiful CW pile ups.

I’m much more a DXer than a rag-chewer, so you’ll find me mostly on the DX-scene, chasing new Challenge points and IOTA.

I am member of the Bavarian Contest Club and operate at most major DX contests in the M/M category at the contest station DR1A in Goch near the Dutch border. During the last “World Radiosport Team Champion” (WRTC 2018) in Wittenberg, Germany, I was as the “Antenna Chief” responsible for all antennas of the 65 WRTC sites.

Of course, I’m interested in DXing itself. My last “All Time New One” was K5P on Palmyra & Jarvis Islands. Now only P5 – North Korea is still missing for the DXCC Honor Roll #1.

By the way – most people call me by my nickname ‘Paul’ rather than using the real first name.

Here you’ll find some of my previous DXpeditions and IOTA activities: