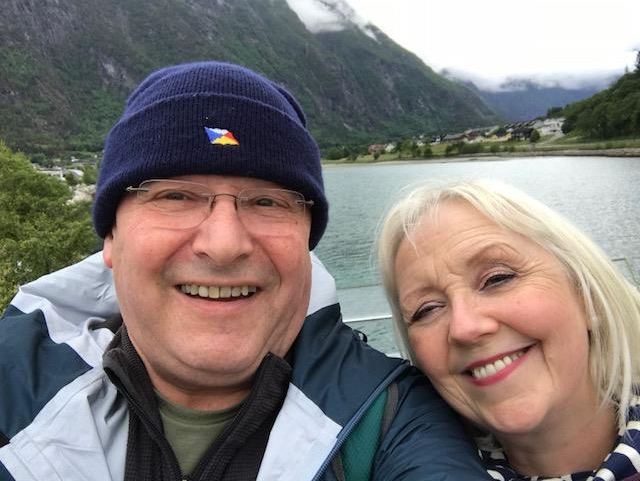 Obtained my full license as G4BSW in 1972 after brilliant Morse tuition from Ivan Eamus G3KLT. Used to thoroughly enjoy the annual CW HF Field days with the Chiltern amateur radio club. The early days on 2M with home brew crystal-controlled transmitter were fun. Then finally onto HF with a home brew valve transmitter with 2 x 807 tubes in the PA and a G5RV antenna. Remember a DX contact on 40M into the Canal Zone (Panama), one of my first on CW with an old Vibroplex bug. I was “over the moon!”

After an apprenticeship in instrumentation at Westcott Rocket propulsion establishment (Ministry of Defence), I trained as a Merchant Navy Radio Officer and went to sea in 1974. These were the days when CW was the main mode of communication of course, no satellite stuff then! Went to some very interesting places around the world and spent every winter on the fishery support vessel Miranda off Iceland, Greenland and North Norway up to Bear Island. Exciting times although the weather at times could be horrendous! I do have a website devoted to that little vessel: http://nigelhadley.org.uk Needs updating, a project for retirement.

I remember well going up the Orinoco river in Venezuela around 1977 – 200 miles to a place called Puerto Ordaz on a bulk carrier for a cargo of iron ore. I had to remain on watch for the entire 24-hour trip up the river (and back!). Every hour I had to contact the river control station YVM on 500kHz CW with current position details and then he would send me a message in Spanish for the pilot with details of other vessels transiting the river which was narrow in places with plenty of “blind corners”. Accurate copy was vital but well remember the operator at YVM winding up the speed on his bug key when he heard me using an electronic keyer (Samson ETM3B). Sent me into a bit of a cold sweat and no working air conditioning on the ship! Rapid CW, static crashes and the message in Spanish which I don’t speak!! It was always a big relief when I handed the message to the Spanish Pilot and he grunted Si OK!!! No way did we want to “bump into” a large vessel heading the opposite way in the river! Happy days!

Joined a ferry company running out of Dover in 1980 where I have been ever since. Retrained in 1991 as an Electrotechnical Officer when Radio Officers were phased out, now serving as an Electrical Systems Officer working week on week off and looking forward to retiring next year.

I packed up the hobby in 1986 when I married and my family came along. Have a wonderful wife Elizabeth and three ‘boys’ eldest 30, youngest 23.

Before I sold all my gear (apart from keys), I was heavily into CW meteor scatter on 144MHz, home brew memory keyer which I could wind up to 100wpm and a modified cassette tape recorder which I would use to slow down the “bursts” when a fleeting signal appeared. Huge fun making skeds and getting up in the middle of the night etc!

So, after a 30-year break, came back to the hobby in January 2016. Bought a little QRP Yaesu FT817ND and strung an antenna up in the loft, zigzagged around the rafters for 40M. After working the States and Brazil with just 5W CW on this set up, I was hooked again! My CW was a bit rusty but with practice the speed soon came back and again can rag chew up to 35 WPM.

Station now consists of Icom IC7300 and Kenwood TS590SG. Use RUMLogNG on my Mac for logging and CAT control of both rigs. Antennas are an inverted vee dipole for 40M, my favourite band and various other “bits of wire”! Managed to get DXCC on 40M last year and now up to 165 entities worked since January 2016, pretty much all CW.

Joined the German HSC club last year after being nominated by Kurt DF4XX and enjoyed the 4 other 30 minute QSO’s required to apply. Then nominated for CWOps by Ed DK1WI and really pleased to join this prestigious club as well.

Really enjoying this great hobby again, chasing DX and dabble occasionally in CW contests but my real passion is rag chewing on CW and I find plenty of folk on 40M willing to chat. Also getting a nice collection of keys now!

Long live CW folks and very many thanks to my sponsors.