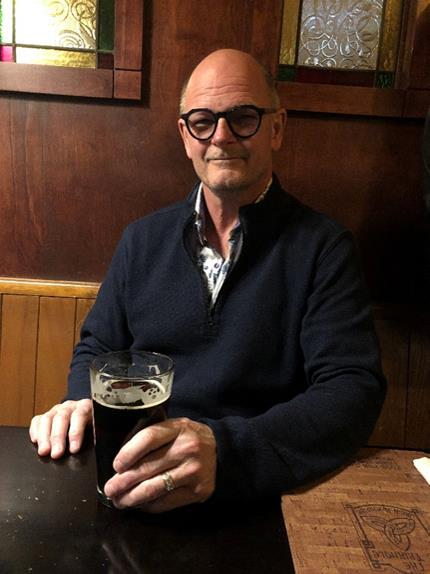 From when I was very young I can remember listening on shortwave radio to far-off broadcast stations. Back then all stereo Hi Fi units had short wave broadcast bands as a standard feature. Now and then my searches took me to the amateur radio bands where I heard CW and thought “what a cool language” not understanding CW at that time but it sounded great. In the 70s CB radio was the craze and my interest in radio waves was sparked again. CB radio was OK but I wanted to talk around the world. This path eventually led me to amateur radio and a journey of a lifetime.

I worked part-time at a local ham radio store which helped me better understand the art of radio. The licensed operators I got to know while working at the store were instrumental in me attaining the skills I needed to get my ticket.

I became licensed in 1989 and at that time Morse code was mandatory, little did I know then how much I would end up enjoying the art of CW. My journey with CW became serious while operating in a SSB contest (RAC Canada Day Contest) and neighbours informed me I was being heard on their sound systems. At that point, I decided CW was my best bet for making contacts and doing it at QRP levels to keep those around me happy. With many hours of practice both on air and computer programs, my CW speed and more importantly my skill moved upward.

I was bitten by the contest bug and CW contesting allowed me the opportunity not only to increase my speed but also my accuracy. Contesting along with QSOs had me further enjoying the CW experience. I also very much enjoy kit building. I have built 2 Elecraft K2s and a KX1 along with most of their test kits. I was the proud owner of a fully loaded K3 as well as a KX3 but those were sold for the purchase of my current rig an Icom 7610.

Outside of ham radio, I very much enjoy doing home renovations and anything to do with computers.