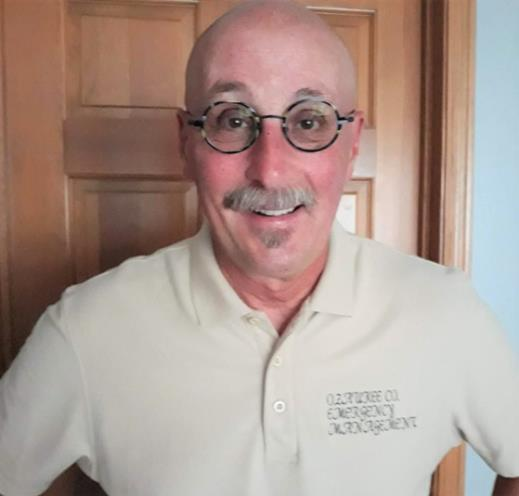 First I would like to give a big thank you to Rob, K6RB for his time and efforts in providing an interesting advanced CW class. I really enjoyed the lessons and exercises, and Rob gave the class some great information on operating in the CW mode and contesting.
I would also like to thank my sponsors George, NE5A; Mike K4RUM; Mike K5UV.
Fellow students Steve, K4WA #3252; Bruce N4OQV #3253; and Claude, VK1TE, helped create a positive training environment.

Shortwave listening was, like many others, my entryway into amateur radio. At high school, John Marshall in Milwaukee, WI, there was a small amateur radio club. But I did not get my license until after I graduated. I was first licensed in 1972 as a Novice, WN9NZH. The first rig was the Heathkit HW-16 transceiver and the accompanying HG-10B VFO. The rigs were connected to a simple dipole antenna. This was the station for the next few years.

When the Novice license was approaching its expiration date I decided to obtain a General Class license. I received the call sign of N9FGS. However, amateur radio activity came to a stop with a career path change in 1979. After five years of being employed in television repair work, it was obvious that the days of actual troubleshooting were coming to an end. So the next step was as a field service technician for Allen-Bradley. This required extensive travel throughout the United States, and some international travel. I worked in the Drives division that built DC motor controls. My responsibilities included the startup and repair of DC drive controls and systems. Eventually, the travel came to an end when engineers were employed in more local offices. I then became an inside technician responsible for supporting the customers and field engineers.

Being off the road I could get back to amateur radio. So I built an Elecraft K-1 transceiver. The K-1 is a small QRP rig, 5 watts, which requires swapping boards to swap bands. It was a fun little CW only transceiver.

In October 1998 I obtained the Extra Class license with the present call sign of AA9WP. I wanted to pass the 20 wpm requirement before that was eliminated. And this was just in time. Radio Shack had the 10-meter mobile rig, HTX-100 on sale. I purchased the little rig, installed it in my pickup truck, and built a small 10-meter whip antenna. That little radio provided loads of fun when 10 meters was hot during the early 2000s. With only 25 watts I worked many DX stations including DS4NPL in South Korea. I would work stations in Europe drive to work in the morning then South America and the Asia Pacific at night driving home.

Looking to upgrade the home station I added an Elecraft K-2 transceiver. Since it has only 15 watts for output power, an external Hardrock-50, 50-watt, power amp was added to the station setup.

Yes, I like building equipment. My keyer is the K3NG Arduino CW Keyer.

I am involved with Amateur Radio Emergency Services, with the Ozaukee County ARES group otherwise known as ARES. I have been the Emergency Coordinator for the past five years. Member of Ozaukee Radio Club, NAQCC #1104, SKCC #6568, Flying Pig # 1464, and member of the Driftless Zone Contesters.

Most of my ham activity takes place during the winter since sitting in the basement is not that enjoyable when the weather outside is sunny and warm. My newly acquired CW skills were a benefit during the 2022 November ARRL CW Sweepstakes contest. I am looking forward to many more CW contests, including the fun CWTs and MSTs. A little ragchewing to keep things fresh is also in the plans. Thanks again to everyone at CWops. Looking to cu on the air.