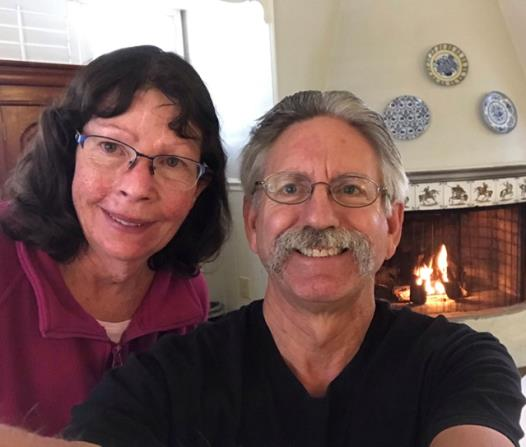 First, many thanks to those who have helped me along my CW and ham radio journey to date, including my son Matt (KS6PKY) and his wife Dana (KM6WKD), my two Elmers – Al Rendon (WT6K) and Bob Neff (N6EFF) as well as my CW Academy instructor Buz Tarlow (AC6AC), his associate advisors and my classmates. All of these folks have been instrumental in my CW journey to this point.

My first introduction to ham radio was back in 1975 when I was working on my Boy Scout Electronics merit badge. My merit badge counselor was a ham and I started learning Morse code with his help and he even helped me obtain an old Hallicrafters vacuum tube receiver. I fiddled with the receiver for about a year, listening and barely was learning Morse code when I graduated high school. Then it was off to four years of college at Auburn University (War Eagles), followed by marriage to my lovely wife Linda (41 years and counting), four years in the Navy (USS Canisteo AO-99, now razor blades), a 32 year engineering career in aerospace, three kids (all married with 4 grandkids to date) and retirement in March 2017. Ham radio had thus been set aside and over the years long forgotten, but the spark still remained.

In 2019 my son Matt thought I might be interested in rekindling my ham radio interest. So for Christmas he and his wife Dana gave me a Baofeng VHF/UHF FM portable transceiver and book titled “The ARRL Ham Radio License Manual – Level 1 Technician.” He also encouraged me to start learning Morse code through the online CWops Morse Code Trainer app and to get going on my Technician’s license. This I accomplished on April 21st, 2021 by obtaining my Technician’s license followed by my General license on July 6th, 2021.

As I worked at learning Morse code, my son-in-law’s dad Tim, (AF6TF) suggest to a ham buddy that I might benefit from his help learning Morse code. I thus was introduced to Al who with help from Bob became my two Elmers. As I progressed under their tutelage, they suggested that I take a CW Academy Intermediate Class which I then followed with the Advance Class.

In my brief time as a ham, I have had a grand time chasing – SOTA and POTAs, QSO Parties, K1USN, MST, CWT and a few other contests plus several standard QSOs and ragchews, all on my Elecraft KX-3 Transceiver with KXPA 100 Amp/ATU. At present I utilize a home built 20-40 meter fan dipole antenna with plans to expand it to cover 10-15-30 meters as well.

So again thanks to those that have helped me thus far on my ham radio and CW journey. I hope to hear and work fellow you on the air waves!