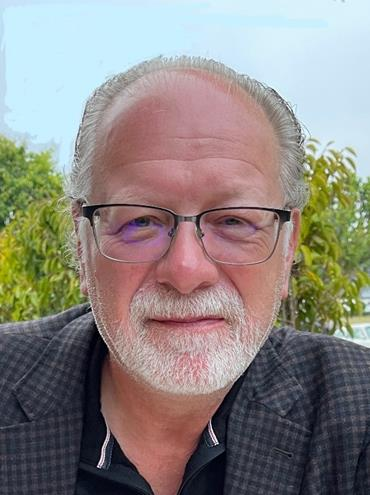 I grew up interested in radios and electronics. Some of my interest came from my dad developing, teaching and administering vocational electronics programs for community colleges in the 1960s and 1970s. But even more of my interest came from late night car drives tuning the AM bands in search of faraway places like Seattle, San Francisco and even Salt Lake City and Kalispell. As I got older I always relished the times I’d get to see ham radio in action! An aunt and uncle had a counter top radio that had shortwave bands and I could spend hours tuning that and hearing stations from around the world.

I started to learn Morse code at 11, but didn’t have the patience or attention span at the time. When I was 12, my grandpa came to visit and brought his boat, which had a CB in it. I spent a few hours listening and talking on it and I told my dad I wanted a CB. He told me he thought ham radio would be a better choice for me, so I read everything I could find on ham radio in the junior high school library.

I went to Radio Shack and bought a Morse code LP and actually learned the code to 5 wpm in a weekend. One of my grandpa’s friends was a ham and lived nearby. Oscar gave me my Novice test in May 1974 and my ticket arrived in late July. I became WN7ZTN!

Between May and July I sold my minibike and bought a Hallicrafters SX-101 Mk III, and delivered newspapers until I had enough to buy a Heathkit Apache. Dad and I strung a dual dipole with 80 and 40 elements between trees and set up my shack below the basement stairs. I remember plateaus at 8 wpm, 11 wpm then I was doing 15 wpm and sat for my General. I failed the theory. Then we moved to Eastern Washington and a new station was set up. Meanwhile my mastery of CW developed very rapidly. I traveled to Seattle in the spring and passed the 20 wpm code and managed to get my Advanced.

Through high school and college I remained active and worked in electronics-related jobs. I moved to LA in 1981 and had a few years of inactivity due to being apartment-bound. In 1988 I got a station set up and began to get to know the local DXers and contesters and soon found myself working on and operating N6DX on top of Rainbow Ridge. This was my introduction to Multi-Multi contesting and big stations and I spent a lot of time up there until I moved to Portland in 1992. There I met the Oregon DXers and Contesters and got very involved with W7RM and N6TR. I learned a huge amount from Rush and Tree and cherish the memories of those days!

I took about a 20 year hiatus due to family, work and sports car racing. I kept in touch with my friends in the hobby and operated once in a while, but didn’t have a station of my own until 2022. My dear friend Dan, K7NXL moved into the area and began reactivating himself. I live in a HOA neighborhood so no big antennas here, but the Greyline 28’ flagpole allows me to get on and become active again. I love a good CW rag chew and have also discovered that WSPR is quite a fascinating mode for indicating propagation paths and openings.

I have collected a lot of steel, aluminum, copper and even some beryllium that I hope to put to good use some day when I find a place to build a station. Until then I’ll just pound out my little 100 watts low in the bands. Hope to work you soon!