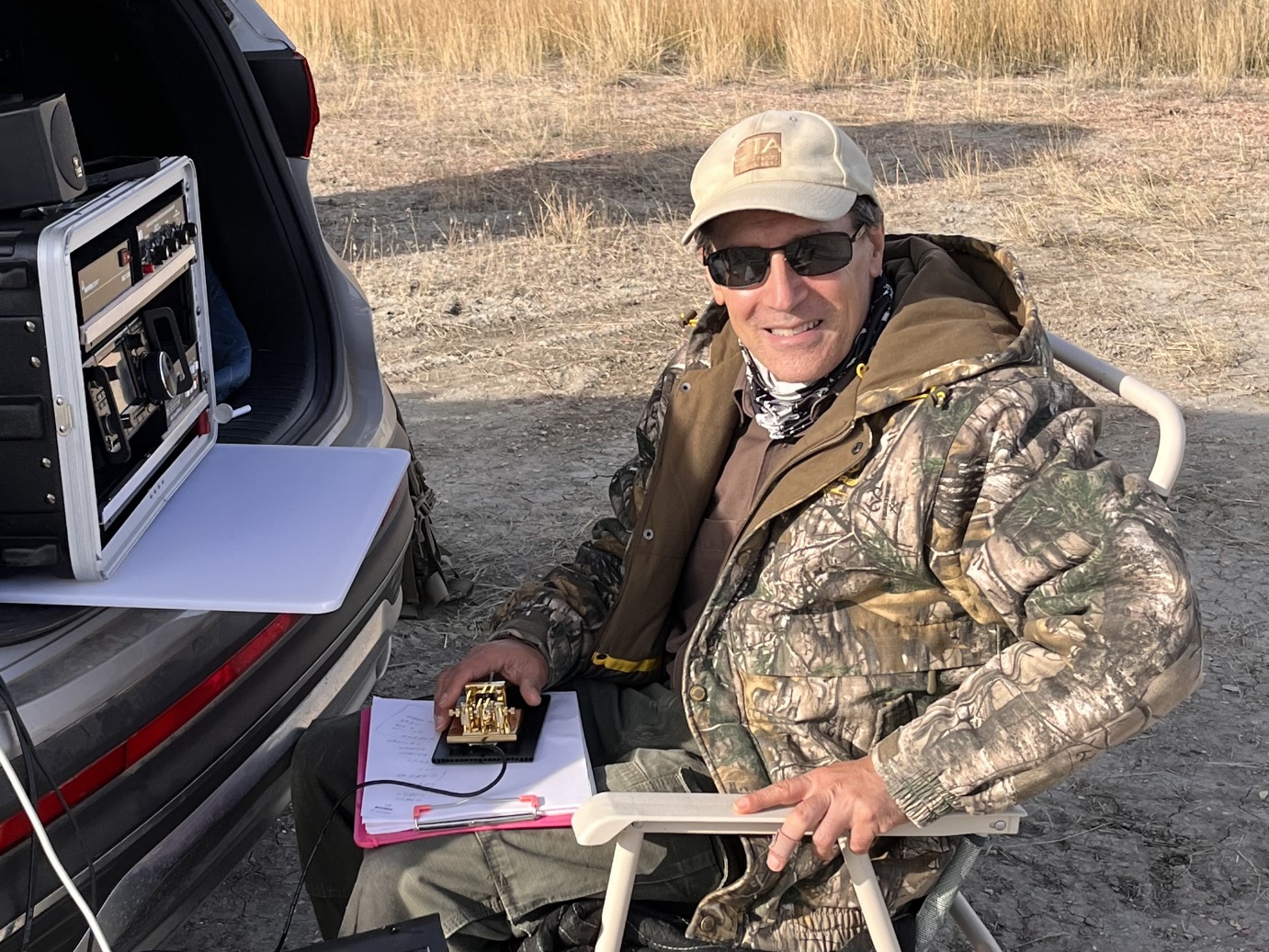 My introduction into ham radio at 13 years old are some of my fondest memories. My older brother’s friend was getting out of ham radio. I bought his station in 1973 which included a Heathkit HW-16, Globe VFO, National NCX-3, a microphone (whatever that is!), keyer, SWR meter, and even the “Revolutionary New Word Method to Learn Radio Code” three record album by Russ Farnsworth that started me on CW. I received my Novice license in October of 1973 and CW became a part of me. I received my Extra ticket in 1982.

Almost fifty years and many rigs later, I have come to truly appreciate the gift of ham radio. There were some working years when I didn’t give ham radio the attention I would have liked. I was an electric distribution engineer for a major utility, worked for a major university that has a co-generation power plant, and then finished my career as a professional engineer expert witness for a state public utilities commission. Ham radio is now front-and-center again.

I am amazed and delighted with what modern ham radio has to offer. With internet videos and podcasts, learning has never been easier. I’m learning about antenna analyzers (how did we live without them?), beacons, WSPR, solar flux, and other subjects. I’m also enjoying portable operations with my go-box. I often set up from the back of my SUV out in the Wyoming wind and cold on a friend’s ranch. Even DX QSOs from there are very achievable. CW is a wonderful equalizer.

At my home QTH, I run an IC-7300 to a Comet H-422 four band dipole in the attic (yes, I’m in an HOA). I attached three more dipoles in a fan configuration, which gives me 40 through 10 meters. Even with the attic antennas, I have no problem working DX stations between rag chew QSOs, sprints, and casual contest ops. Thank you again, CW.

My sweetheart has graciously become my “Logging Specialist” at the computer keyboard during contests and sprints. She is learning about ham radio by osmosis and has recently expressed an interest in getting her ticket.

I am heartened to see full CW bands during CWT, and that there is a market for keys and a variety of companies to fill that market. I remain humbly amazed that I partake in the art of CW. I have many keys, but I could use, well, just one more.

Thank you, Jim, N7US, for your nomination, and Fred, KG9X, Max, VE6RST, and Hank, W6SX for your sponsorships. I felt like a nervous new ham during my first CWT after becoming a member. (Did I really mess up my own call? Please don’t revoke my number!)

CWops, along with CW Academy, provides an important cornerstone for ham radio and is a resource to bring hams into CW. I’m honored to be a member.

To all, CW forever.