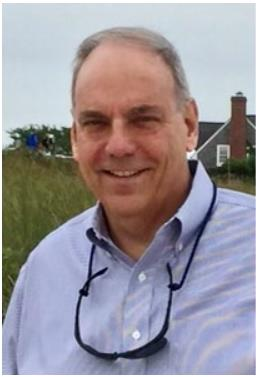 My interest in Amateur Radio started back in the early 1970’s. My sister’s boyfriend at the time owned a multi-band short wave radio. I used to listen to short wave stations. I also heard garbled voices and some Morse code. I recognized the sound of Morse code from my days in the Boy Scouts but had no idea what those garbled voices were all about. One day, my father’s golfing buddy, Joe Lyman, K2UEU (SK) explained to me that the voices were amateur radio operators working SSB.

My high school days passed and my interest in Amateur Radio peeked again during my Sophomore year in college. I learned about a local radio club, IRAC (Irvington Radio Amateur Club), K2GQ, and started attending their weekly meetings. The Elders in the club were very helpful and I slowly learned the Morse Code. I was administered the Novice test by my Elmer, Ed Surmaitis, WA2MYZ (SK) and passed. I secured my first call WN2DUX in early 1976. I trekked to the FCC Headquarters on Varick Street in New York City a year later, secured my General Ticket and my call was changed to WA2DUX.

As with many of us, life happened (work, marriage and children) and although I never let my license lapse I really didn’t spend much time on the air. I did secure my Advanced License in the late 1980’s. I secured my vanity call, W2MSW in 2016 and earned my Extra Ticket in the early Summer of 2020. I really wanted the Extra Class privileges so I could chase some CW DX stations!

With the children grown and out of the nest I got to spend more time on the air and my interest in increasing my code speed became my focus. To that end, I attended my first CWops class in early 2017. My speed gradually increased and I was ready for my next CWops class which I took in early 2020.

My current station consists of a Kenwood TS-590 as my main rig and I also have an Elecraft KX2 which I use for QRP. My primary antenna is a G5RV and I also have a 20m Delta Loop. My station is rounded out by my Begali Signature key and my Begali Traveler Light key.

Even though I’ve been licensed for over 40 years I still get excited every time I walk down the basement stairs and into my shack.

I am truly honored to have been sponsored and accepted into the CWops organization and I look forward to helping advance the art of CW.