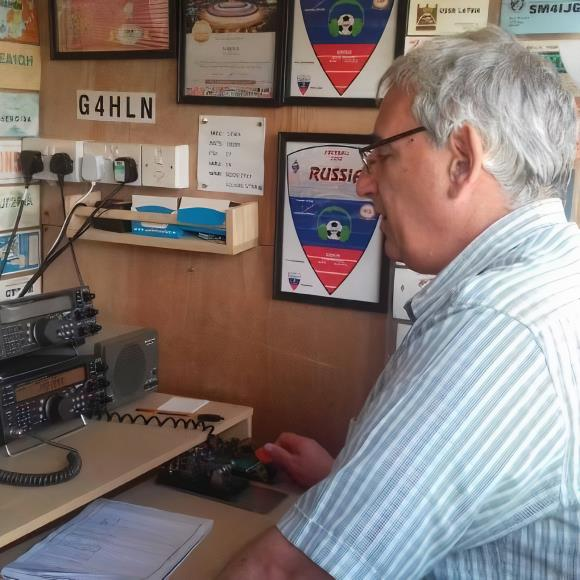 I was born in the City of Bristol, South-West England, in 1959. From the age of 13 I discovered short-wave radio, and took a keen interest in broadcast band DXing, which served as a useful radio apprenticeship.

I attended radio college in Bristol between 1976 and 1979, obtaining all my R/O qualifications in electronics and commercial working, as well as radar maintenance. In 1979 I joined the BBC Monitoring Service as an electronics technician, but in early 1980 I was offered the post as a Radio Officer at Portishead Radio/GKA, where I stayed until the station closed in 2000. Part of my duties involved being an examiner for radio amateur Morse tests, which I undertook until 1985. I subsequently worked for BT Satellite Services, allocating Inmarsat numbers for UK-registered ships and land mobile terminals.

When BT sold the Aeronautical and Maritime service in 2001, I joined the UK Hydrographic Office as editor of the Admiralty List of Radio Signals (ALRS), subsequently becoming manager of the ALRS team in 2011.

I served on various Maritime Safety Information (MSI) committees worldwide, and was secretary and then chairman of the IMO NAVTEX Coordinating Panel, overseeing the installation and operation of NAVTEX stations worldwide.

I was initially active in amateur radio between 1977 and 1982, returning to the hobby in 2010. I enjoy CW, operating with my ex-Portishead Radio Morse keys, and operate from my home QTH with a Kenwood TS570D into a 4BTV vertical antenna.

I also enjoy QRP operating and playing with antennas – my garden is very small so I do not have enough room for a large antenna system!

I live in Burnham-on-Sea, Somerset, very close to the former Portishead Radio site, with partner Wendy. I have 3 grown-up children (all boys) from a previous marriage, but sadly they have no interest in amateur radio.

I hope to work many of you during CWT.