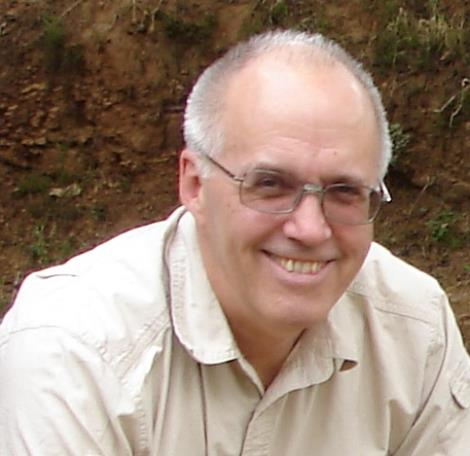 Thank you to my sponsors.

Like most Amateurs of my vintage, I got my start short wave listening (using my Father’s prize Philco console radio). A special Christmas brought me a Knight kit receiver and when a teacher at Garden City Collegiate started an Amateur Radio Club (VE4GY), I joined. I was not the first in the club to get my license (VE4EI) as I had to await my 15th birthday. We had a simple club station which I used at lunch hours. Physics was the first class of the afternoon and the teacher didn’t know what to say when I was late due to an Amateur Radio contact! My home station was a transmitter made from an old TV, the Knight kit with a BFO bolted to it and a single wire Windom run along the phone lines (coax was expensive). You can imagine trying to make a contact with half a dozen of your high school buddies in the near vicinity with the same type of equipment! I keep running across alumni from VE4GY.

I got started in NTS, which helped my CW to the point where, when I went for my advanced license after the mandatory one year wait, even the Radio Inspector was pleased. Mind you, being a bunch of teenagers, we used CW like messaging today (to avoid the parents listening to you use the phone in the living room) but it was much better with full QSK and 25+ WPM with a bug. With the addition of a homebrew 300 watt amplifier and various addons to the Knight kit (voltage regulation, Q multiplier, band spread), I was actually acting as Net Control for CAN. I lucked into a set of Eldico twins (Collins 75S/32S clones), surplus from the Hudson Bay Company’s Northern Stores, for $50 as I recall. Two PTOs and real filters were heaven.

I was president of the University of Manitoba Amateur Radio Club (VE4UM) and SCM for a term. We were also playing with FM Repeaters, RTTY and even Satellite at that time. After University, I moved to Toronto (VE3DYW) and began the usual years of apartments, town houses and family which severely limited HF operations. It was when I was in Newfoundland (VO1KCW) that I decided to buy new equipment as I had donated the Eldicos to the local Radio Museum. However, even with an acreage, I was not that active.

During my off years, I was on a transit of the NW Passage in a Canadian Ice Breaker when I found my self copying CW on the mess TV. Curious I located the Radio Officer and was told that he had been brought out of retirement for this voyage as we were above satellite coverage and Coast Guard was concerned that SSB would not work in the Auroral Zone. He had me copy some of the traffic and I was pleased that my ability had not decayed as much as I thought. Probably the last use of CW in the Canadian Cost Guard.

When I moved to British Columbia (VE7MID), it was more years of condo living until, when I finally had a city house, I decided to try HF again. I knew that I would be antenna limited so decided to go back to CW, which I preferred anyway. You don’t really forget but it was apparent that things had changed. I no longer had my MacKey so I went to a keyer but made the mistake of not learning Iambic with my left hand, reverted to my old bug ways and now use a single lever. Calls and procedures were different and of course the radios were much improved. The really big change was the use of Computers. Fortunately, I discovered Morse Runner so was able to get my speed up without causing too much havoc on the bands.

What really got me going again was the opportunity to take part in the Amateur Radio Friendship Games in Khabarovsk 2011. Our hosts were amazing and I was lucky in that Russia had just adopted CEPT so I was able to operate as RA/VE7MID. Igor RW0CF and Mike RA0CN let me use their stations. Mike’s was the first contest station I operated at (RW0CWA). The Friendship games consisted of ARDF, CW sending/receiving and a mini WARC contest where we rotated between 6 of the local stations to try and make as many contacts as possible.

Toshi JA8BMK was at the games and wanted to attempt the first Zone 2 to Japan 160m contact. I found a location, arranged for his license and was the second operator. He had returned from his extended 2008 Asia Pacific Tour and taught me a lot about setting up an expedition station. We were operating from the Trois Rivieres club station which Yuri VE3DZ used extensively for contests but was not used that much on WARC bands. When not on 160m we used our 160m and 80m verticals on WARC and the pile ups were quite surprising.

This got me interested in DXpeditions starting with A25KW and I have been doing one or two a year ever since. It replaced my yearly Whitewater Kayaking trip. I also started to contest and Duane VE7UF allowed me to operate from his station (CW and RTTY) which really helped me learn the ropes. Contest operations have been from various club stations as well as smaller efforts from home. I sold the house and now rent a coach house at the bottom of an acreage still with limited (R9 and dipoles) antennas but a full K-line. I also operate at VE7SCC for contests.

I have always been interested in the technology behind Amateur Radio and have tried most modes and “new” things. Currently I am evaluating the SUNSDR as, with a light amplifier like the Juno, it would make a carry on DXpedition feasible. The “joy” of an expedition is trying to get an effective station set up in less than a day with only what you can carry with you. For a big expedition you just have more stations to set up, the problem doesn’t change.

While my preference is CW, I make sure that I am a multi-mode operator. I teach and am an Accredited examiner for Amateur Radio. My students are interested in CW but it is a challenge to get them to the point where it is usable. CWA appears to be effective at replacing the NTS and cadre of CW capable friends which helped me.

I hope to meet a lot of you on the air.