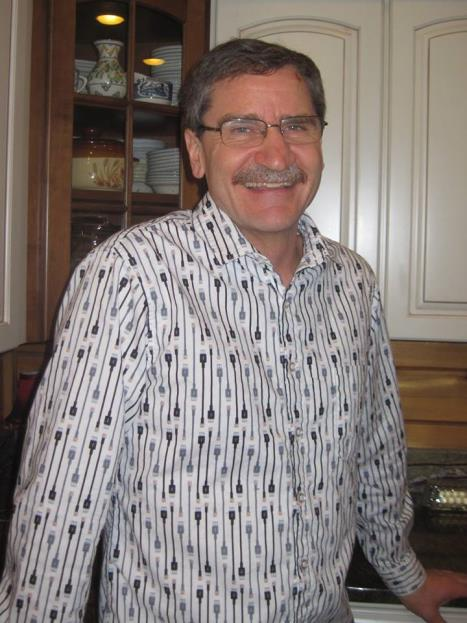 My interest in amateur radio began in 1976 when I was in middle school. I grew up on a farm in Minnesota USA with my family. My two older brothers earned their amateur licenses, but I was not particularly interested in studying theory to pass the exams, so I opted to tinker from the sidelines. Soon my brothers were assembling a Heath DX-60B transmitter and an HR-10B receiver for our first station. I put together the Heath HD-1416 code oscillator. A random wire was strung to a nearby pole for an antenna and the ham shack was set up on a home made table in one of our bedrooms.

After the first QSO by one of my brothers, I was hooked. Studying for the Novice exam didn’t seem like such a chore and I was soon pounding the brass at age 14 as WD0FER. Of course, we had to work out a sharing arrangement of the station. I remember having to ride my bike instead of logging CW QSOs on my favourite bands many times.

After a year or so of QSO-by-straight key, I was frustrated and bored at the slow pace of sending CW. Many months were spent listening to the W1AW on-the-air code practice sessions, so I could receive code much faster than I could send with a straight key. It was time for an upgrade. I bought my first iambic keyer, a Ham-Key HK-1 and I thought I had the world by the tail. This opened up a whole new world of faster CW that held my attention!

Amateur radio eventually led to degrees in electronics and electronics engineering as well as passing the Advanced and Amateur Extra exam while at the university. Although remaining somewhat active after my university years, on-air time suffered in favor of career and family obligations. I eventually changed my call to something shorter, WC0Q, then K4NE when moving to Virginia. My wife Wanda found time to get licensed and she holds the call WA4NDA.

Although still working full time in the IT field, I have opted to slow my career a bit. And with the kids in college or soon to be, hopefully this will allow some time to upgrade my antennas, radios, and computer systems. I work nearly all CW, with a little digital and FM thrown in for good measure. Rag chews have been my primary interest in the past, but as I upgrade my shack, I’ve begun playing at the edges of some of the CW contests.

I am excited to have been invited into the CWops group and look forward to working many of you!