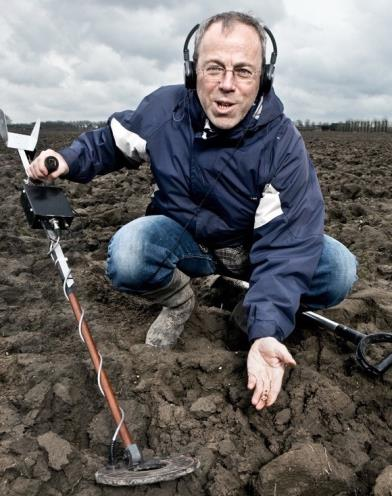 When I was a young kid I already had an interest in radios, so my dad took me to a radio club at the local army base. The station consisted of wire antennas and written off army equipment, this was still partly in the tube era. Transmissions were done in AM mode. Here is where I built my first radio, a regenerative one-tube shortwave receiver, called the 0V1. Soon after I acquired an old US army BC-312 which I used to listen to broadcast stations as well as ham radio operators.

At the time the shortwave bands were packed with Morse code, it was used on ships, at coastal marine stations and in the eastern bloc. I started learning Morse code and I studied for my exams. A year later I passed at the age of 17 and was given my first call: PA3ABA. My first radio was a Heathkit HW-8. Propagation in 1977 was exceptional. I remember 15m being very good, I worked over 100 countries in CW with 1 Watt output on this band. Later on, I went QRO with a Yaesu FT-200.

From there on it has been a bumpy road with several side tracks. I participated in almost every contest which culminated in the first place of the European multi-multi section of the CQ WW CW in 1990 with the PA6DX group. I also activated a couple of European countries on small scale expeditions with friends and chased rare DXCC countries on all bands. Antennas have always been limited to wire antennas because of space limitations. The radio at the time was a Kenwood TS-870S. Then this rig somehow ended up in a box after I blew the finals. I did not feel the need to fix it and somehow lost interest in operating after so many years. My callsign had changed to PA4TU and for the next decade I started building QRP radio equipment and took it out into the field. I really enjoyed operating from our camper van at the local river and during holidays abroad. My callsign again had changed to PG4I now.

Passing the age of 60, QSO rates had dropped a bit, being at a low sunspot cycle and operating QRP did not help of course, especially after we moved to a new house and it was kind of difficult to put up an antenna. However, I always kept on going to club meetings and meeting other hams, some of them were still good friends. Especially when two of them (Paul PE1LXX and Hanz PA3ZZ, now YL3JD) got an interest in learning Morse code and became active on the air I felt the urge to make radio contacts again. I fixed my old rig and found a way to put up a doublet antenna. I really enjoyed making QSO’s again. Then I bumped into a CWT contest on 80 meters, what fun! Together with YL3JD we would have weekly WhatsApp sessions during the 1900z test. After 2 months I send an email to Martin, OK1RR who nominated me. 2 days later I became a CWops member. Thanks Martin and all of my sponsors!

My picture might be a bit unusual, but I thought it would be nice to show you my other hobby: metal detecting with home brew equipment… I am really glad I discovered such an active bunch of CW operators, see you on the air!