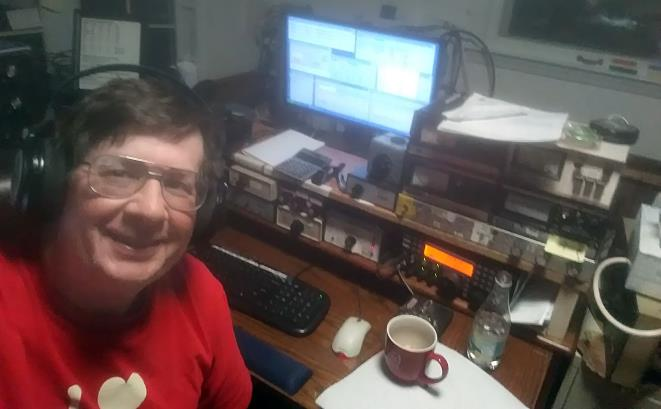 I was first licensed in 1964 at age 13. My dad was news director for WSAN in Allentown, Pa., where we lived, and he did a story on an engineer and ham who had emigrated from Hungary. The ham was K3VWH/ex-HA8S (SK) and dad enrolled me in a Boy Scouts ham radio course he was teaching. My first call was WN3BGN and later WA3BGN after upgrading to general class. My first transmitter was a homebrew 6AG7 driving an 807 tube, and the receiver was a Hallicrafters SX-110. The ham shack was in the basement. CW was always my favorite mode, and still is.

I studied geography at West Chester (Pa.) State College, where I snagged a 9th-floor room in a dorm and snuck a longwire onto the roof for some 40-meter DXing. I began a long career working for newspapers in 1972, initially as a photographer and reporter but mostly as a news editor. I worked for newspapers in King of Prussia, Pa.; Scottsbluff, Neb.; Bridgeport, Ct.; and Wilmington, Del., retiring in 2014 after 36 years at The News Journal in Delaware. The last 8 years was spent as news editor for the paper’s website.

In Connecticut I met and married Jeanie, and we’ve been together 41 years. She has held the calls KB1FAH, KA1AD and now AB1P. She is a retired psychiatrist. Her push for upgrading gave me the incentive, and I upgraded to extra class and AA1K in 1978. Our son Adam is N3TTT.

For the past 20 years we’ve lived in central Delaware, initially on 12 acres but last year expanded to 17.5 acres, mostly wooded and a dream ham radio QTH. There are 7 towers with stacked yagis, and numerous phased receiving arrays for the low bands.

After leaving the news world, I started my own business doing tower climbing and continue this, with clients from New York to Arkansas.