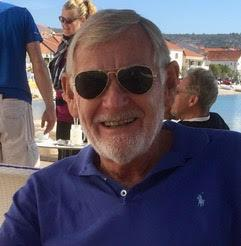 First a big thank you to AA3B and those who nominated and sponsored me. I am looking forward to meeting you on the air.

My story dates back to the mid-1950s. LA9BE was a Lighthouse keeper on Eigeroy Lighthouse on the southwestern coast of Norway and had built his own 150 w transmitter and double conversion receiver from WWII remaining. Demonstrating all this using dots and dashes to communicate with amateur stations in South America, and other exotic places was magic to a young boy.

CW was mandatory to get a ham license in the 50s and 60s. I joined the Royal Norwegian Navy and got my radio-officer license and ham license in 1961.

The First QSO I had was with my old mentor “the lighthouse keeper!”

Later I worked for Canadian South African Line and Royal Caribbean Cruise Line serving as a radio officer onboard the “Song of Norway” and “Nordic Prince”. I was radioactive from most of the Caribbean Islands.

Life went on and I joined the Royal Norwegian Air Force. Training in Norfolk, VA, Pax River, MD, Jacksonville, FL, Moffet Field and Alameda, CA. I was not on the air during that time but met many ham friends.

Flying brought me around the world, and I have had the pleasure to operate from Jan Mayen and the Svalbard Islands long before tourism.

I am long time retired, and spend hours enjoying my super hobby and practicing the Nobble Art of Communication.

My first station was a homebuilt “Monty” transmitter 0.5 w using 90 v battery. Later I used a Geloso VFO and ran it thru an exciter into s 807 tube, later 6148, using an HRO RX.

A big step forward when the KW2000A and FT301D entered the inventory.

My signals today are radiated out in the world using Icom 7700/Elecraft K2/Acom 1000. All fed via open wire to a horizontal/vertical homebrew antenna that works all bands from 1,8 MHz to 50 MHz, disciplined by PA0L’s wonderful LL-tuner. To make dots and dashes I use Begali (I2BTF) Stealth Limited Edition, and occasionally the Sculpture. Sometimes I go back to the basics and use my straight keys not to get rusty.