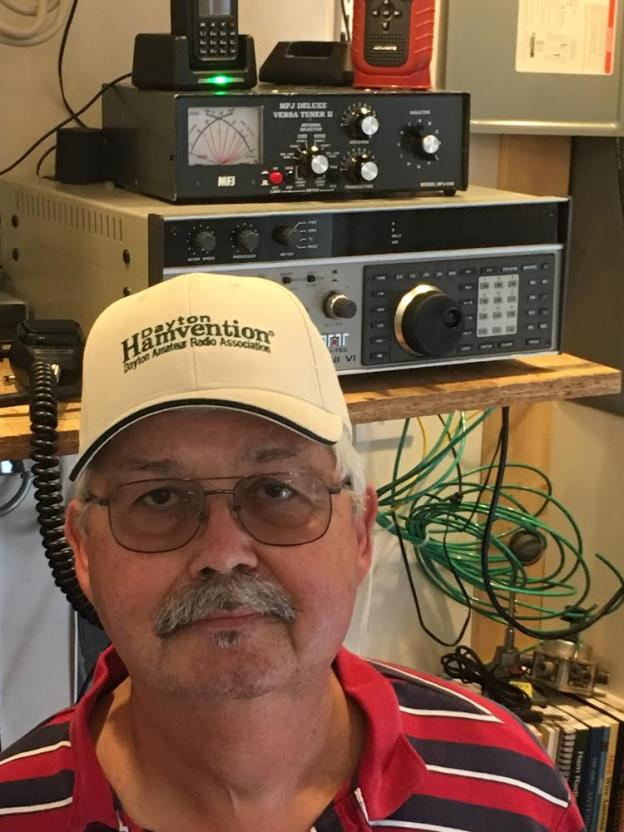 From the first time I saw a man come and work on our old black-and-white TV magically make Superman come back, I knew I wanted to work around electronics.

So, I became an electrician with electronics and later radio is my hobby. Eventually I became an electricity instructor and later on an administer in Career and Technical Education. Started out in citizens band radio in the 70s and eventually tired of that. Finally met a local ham who invited me to a Novice class and I immediately accepted (I guess I was a ham waiting to happen). Thanks to a great group of local hams and Elmers in Madisonville, KY, I passed my Novice exam and in 1986 I got the call KB4UXC. I then proceeded to work all states as a novice using an 80M inverted L and a borrowed SWAN 700cx with a Radio Shack straight key. My first contest was the Novice Roundup, which really whetted my contesting appetite. After one year I took my 13 WPM, General and Advanced tests the same day. At that time I received the Advanced Call KM4CH. A year after I passed my 20 words per minute code and written exam and got my Extra license.

Have always enjoyed helping people learn CW and helping people get their amateur radio license. As a matter of fact I taught a CW class at the library in the morning. I’m located in Lawrenceburg, KY. My station is modest Ten Tec Omni 6 and a fan dipole up about 20 feet. I also enjoy QRP with my Yaesu 817 and end fed antenna. I give all the credit for finding CWops to my “cousin in law” and good friend #1436 KM4FO Dwight Orten. I encouraged him many years ago to get his amateur radio license and now he is encouraging me to become a better CW operator.

My wife and both sons are licensed amateurs. When I first moved from Western KY to my new job in Frankfort Kentucky we had no cell phones, so each morning my wife would wake me up on a set 80M frequency with CW; we would then have a short QSO before I went to work.

I initially learned my characters using a 73 Magazine tape (which if anybody remembers Wayne Green is actually kind of funny) and later on I studied the Jerry Zilliak (KB6MT) tapes which helped me with my character speed. I’ve never been a great CW operator but CWT Wednesdays have really helped me to improve.

I was very saddened when the FCC dropped the CW requirement for the amateur radio license and felt that it would be the end of CW; but I must say, I think I may have been wrong. There seems to be a lot of interest these days with CW! So, I’m really excited about the future. It seems that several of the new members in our club are interested in learning code and I hope I have had some influence on them.

Thank you for nominating and accepting me into the CW ups family, be patient with me and I’ll keep trying to get better.