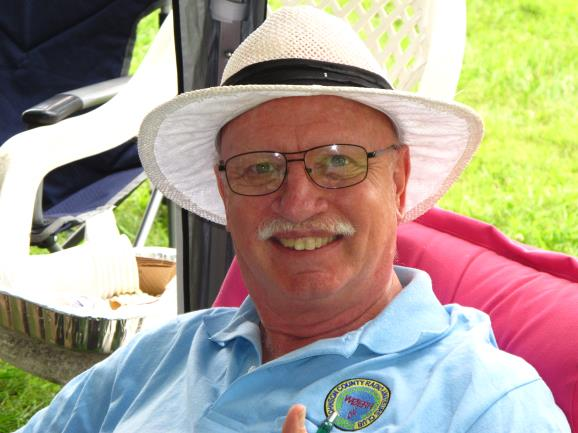 My first FCC license was not a ham license, but a 1st Class Radiotelephone license. I got it so I could move from being a kid disk jockey to an engineer at a local radio station. My first ham license was a tech ticket back in 1960 (more or less) but I didn’t use it much since my main interest was experimenting with VHF- microwave transmitters.

My gear was all homebrewed and made from WW2 surplus “junk” from the surplus houses in Chicago. Well, back then, you could only reach so far with 2 meters running 10-15 watts AM and another 10-15 watts of splatter – an early form of spread spectrum communication. Moon bounce was not in my budget and 6 meters was only mobile due to TV interference on a weak channel 2 in our area. The mobile also created heavy TVI, but by constantly moving, I spread the pain around. Anyway, my interest in ham radio declined as my interest in girls rose. I kept the commercial ticket for quite a bit longer as it made money for college.

I graduated as a EE from the University of Wisconsin and got a really good and interesting job in a research and development lab.  There I re-learned all the math I figured I’d never need while in engineering school.

Now, with plenty of money, a sports car, a house right on Lake Michigan and a sailboat I was in bachelor heaven!  Then I discovered scuba diving.  My new objective was to dive all the great places – or even not great, but interesting places – I could find.  My employer was generous and extended my normal two-week vacations to six weeks so I could travel farther, and I did.  After hitting the Bahamas, Florida Keys and Cozumel, all awesome dive spots, I set my sights on the South Pacific.  The Barrier Reef was even awesomer!  I love Australia and the South Pacific.  Somewhere around that time I retired from my job.

I did spend a couple of years bumming around the South Pacific repairing marine radios and crewing on sailboats.  My longest stay was on Kiriwina Island in Papua New Guinea where I turned 30.  I worked at a guest house and discovered they had an unused SW transceiver.  I fixed it, got some crystals and the guest house was on the (non-amateur) air.  We handled actual post traffic, albeit on AM voice. Our antenna was a long wire strung very high between two palm trees.  The base station we communicated with was on Samarai Island, about 200 miles away.  We took part in a daily net where we passed paid traffic.  It was fun to hear other islands as well as some Peace Corp traffic. It was possible to make a voice phone call (simplex) over this setup, but the quality was terrible.  I called my parents one Christmas and I didn’t hear a word they said.  All I heard was the voices of various operators relaying their comments word-for-word.

I eventually discovered a problem with retiring young – you can run out of money.  Crewing on sailboats doesn’t pay very well (usually it pays nothing except food and passage).  Leaving the island ended my radio career for quite a while.  I went home, got my old job back, went back to yacht racing on Lake Michigan and met and married my wife, Kathy.

Leap forward about 40 years, Kathy (KE0HWE – SK) has passed away, I am a bachelor again, I am retired again, and, as of 2012, I am a ham again. So, I guess I am either a new old ham or an old new ham.  I still work 2 meters locally and enjoy it but now I use an HT instead of a table full of home brew and converted military surplus equipment. Wow, during my 40-50 years of down time, somebody figured out how to put both the transmitter and receiver in the same box!

You will often hear me on 160-6 meters CW as well as 2 meters and 70 CM FM and Fusion and if you do, please give me a call. I have some great Elmers who have been teaching me CW.  On the air, I use the name “Jim” in CW and DX and contesting because it is an easy send and everyone recognizes it as a name and not some strange call sign. Locally where everyone knows me on 2 meters, I use my nick name “Jaimie”. I don’t care what name people use to call me.

I finally bought (2013) my very first new piece of equipment that wasn’t someone else’s new piece of equipment first – a Yaesu FT950.  My station then consisted of that transceiver driving an old Swan Mk 2 linear amplifier that I restored.  The Swan outputs only 500-600 watts continuous depending on the band because a previous owner rebuilt the power supply and its voltage is a bit low. On the other hand, it does run off 115v AC instead of the recommended 240.

I like to experiment with antennas. I currently have a Carolina Windom for 20 meters and dipoles for 12/17 meters, 10/15 meters and for 40, 80 and 160 meters.   Unfortunately, the highest point of any of these antennas is only about 25′ off the ground.

I may be retired, but I still work. I run an event video production business and am an Adjunct Professor at a local community college.  I like to both rag chew and contest in CW and SSB on 80-6 meters. I have tried PSK31 and FT8, but quickly got bored because the radio doesn’t need me.  I am also playing with SDR because I am interested in digital signal processing – at least the mathematics of it.

I respond to all QSL cards except eQSL.  They became overwhelming. If you send me yours, I’ll send you mine.  Bureau or direct, foreign or domestic, it doesn’t matter to me. BUT, the bureau is VERY slow, it takes over a year for bureau cards to get to me.  If you want fast response, send your card with SASE directly to my address.  I upload all contacts to LoTW.

I am a member of the ARRL and the Johnson County Radio Amateur Club. I am also a “S” member of the Straight Key Century Club (#9667S) so, if you work me during one of their sprints, I’m worth 15 bonus points.