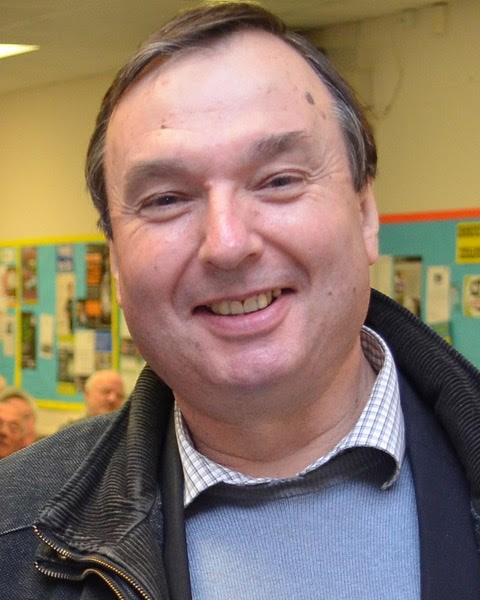 Firstly, can I just say thank you to my sponsors for supporting my application to CWops. All that I love about CW and the people who use it make this a real delight for me and I look forward to making many new CWops friends on the key.

I was first licensed in 1969 and have held the callsign G3YLA throughout the nearly 50 years on the amateur bands. My early activity was using a home-brew 160m valve TX and mostly CW by necessity with low wire antennas and 10W.

I then used some of my first wages for a Heathkit SB101 kit, which I loved building. Subsequently, for the next decade, my activity was not huge as university, work and family demanded time too, but CW was always my mode of choice and I remember building an early paddle with a nail file and reed relays. This was followed by a G3RVM CMOS design which was a good build and got me started on twin paddles iambic mode B… I’ve been there ever since!

Radio is purely a hobby for me and separate from my life as a professional meteorologist. I have worked with aviation, marine forecasting for oil and gas rigs and been a media forecaster on BBC TV (one of the few times you’ll find me on a mike) and as a Fortran programmer on the UK Met Office supercomputer, an IBM 360/195, in the 70s before we had PCs in every shack! During the broadcasting phase I would often get asked about Tropo conditions, which caused problems for the old UK 405-line TV transmissions. That introduced me to all forms of weather related propagation modes, particularly Tropo and Sporadic E, which I now research as a member of the RSGB Propagation Studies Committee and have written many articles and presented at the RSGB Convention and HAMSCI gathering last year (2017). I am presently developing a propagation website propquest.co.uk , which is currently based on a European view of propagation, but may extend to the States, for example. I now run a small weather company, Weatherquest, based at the University of East Anglia in Norwich.

My particular operating habits are QRP CW on 40m where I have scratched out more than 100 DXCC entities. I love a good rag chew on the key and have little interest in rubber stamp 599 QSOs … unless in a contest. I belong to the Norfolk Amateur Radio Club in Norwich and participate in HF CW NFD as well as the RSGB 80m CC UK inter club contests. We do very well in these contests and have a great mentoring scheme under the guidance of Malcolm G3PDH an ex R/O and Roger G3LDI, the RSGB GB2CW slow Morse coordinator, who have got my speeds to the 25-30wpm zone and persuaded me to become a slow Morse trainer too.

Currently, my main rig is a Flex 6500 and my conversion to SDR stemmed from building one of those wonderful soft rock kits about 10 years ago. The 6500 is a great CW rig and, when teamed up with my Begali Sculpture paddle, I am in a very happy place! I recently completed one of the QRP Labs QCX kits, which is a nice 3W 20m transceiver and gave a good account of itself in one of the toughest tests, CQ WW last year – about 46 QSOs including 5 from the States.