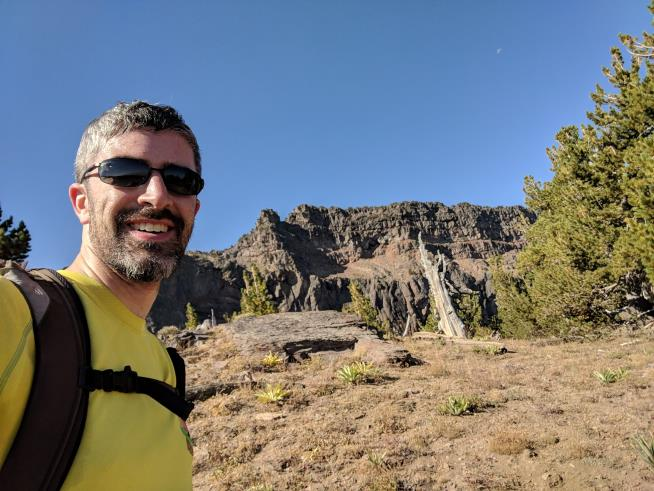 I was first introduced to ham radio on a week-long canoe trip I took with my Boy Scout troop in middle school. One of the leaders had a dry bag marked with a mysterious “AB1AV”. I asked what it was, but it wasn’t until the evening when the radio was set up that I saw how cool it really was. Back at home that fall I earned the Radio merit badge with Bill, AB1AV. He then offered to help me get my ham license. I took him up on the offer. He also convinced me to learn CW, and I practiced with him. After a few months of study and practice I was ready for the test.

My parents drove me to the testing location where I started with the code test. I managed to get a minute of solid copy, much to my relief. I then took element 2 and passed it. I went home with my Tech plus license that morning. My callsign arrived in the mail, KB1KXL. My birthday was a few weeks later, and I got a Small Wonder Labs SW-40+ kit which I assembled. With some help from Bill, I got a dipole into some trees outside my bedroom window and was on the air. I only made a few contacts with it, being a busy high schooler. I was more active on the local repeater with my HT. A bit more than a year later, I was ready to take the General exam. I passed this, but sadly my credit for element 1 had expired, so I was still only a tech plus. A few months later, the code requirement was dropped, so I quickly started learning the Extra material, so I could pass that test before my element 3 credit expired. I passed it, and now had an Extra license.

I was off the air for a number of years in college and grad school. After graduating with a degree in electrical engineering from the University of Rochester, I took a few months off to thru-hike the Appalachian Trail. Back at home after my hike I started looking for a job. I got one in the SF Bay Area and moved from New Hampshire to California. About two years ago I got back into radio. I only had my HT and CW rigs, so I started relearning CW. I quickly discovered SOTA, and after getting an MTR 3B I started activating. Since then I’ve gotten heavily involved with SOTA, activating most weekends. I’ve also discovered the fun of CW contesting, particularly the short, CWT-like sprints and big DX contests. If I’m not too busy in the evenings, I’ll tune around and listen for a CQ for a ragchew. After a year of heavy use of my old callsign, I decided I could get a better one. I had noticed that some SOTA chasers had calls that sounded really good, so I looked for one that flowed nicely. I think I’ve found one in AA6XA. It is a bit of a mouthful on voice, but that’s not a big problem for me.

My home station is a KX3 and KXPA100. I enjoy homebrew, both kits and designing my own stuff. When I’m not on the radio, I like to play the organ and piano. On Sunday mornings you can usually find me subbing for area churches. I also enjoy orienteering and rogaines, but haven’t had a chance to do ARDF yet. I’m looking forward to more CWTs and ragchews with all the members of this great club!