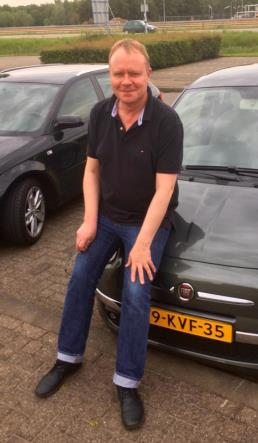 My Bio is mostly on my QRZ page http://www.qrz.com/db/G4ILW.

I got my call in 1979 when I was 21 years old and have always been 100% CW on HF. In the ’80’s I was very much associated with the German HSC clubs and quickly became a member of that plus all the various affiliates VHSC, SHSC, EHSC.

I lived and worked, at that time, in Newcastle, Northern UK, and had a fantastic QTH on a hill top. 🙂 I worked in software development and project management on some of the early Apple Mac’s back in the 1980’s and was lucky to find a job through that in the Apple European HQ in London (and two years in Paris). I have worked there ever since, but it took me off ham radio from about 1996. 🙁 Then I lost my QTH when I moved to London.

In April this year I got the “bug” again and made a concerted effort to become active. Upon returning to the bands, I initially fired up my old IC735 that had been in a box for 20 or more years and it didn’t explode. But I have upgraded now to a K3S that I totally love for CW.

I got a rather specialised antenna that is a super high Q Mag loop from I3VHF. These things are built like tanks with 2” diameter welded tubing and a massive air blade capacitor at the top. It is motor driven for remote tuning. A lot of people doubted this but it puts out a decent signal for sure and I worked a fair few countries in these last few months without much time to be QRV. Most importantly, I got away with it in what is essentially a central London apartment, less than two miles from Big Ben in the very centre of London and that is the main reason I went with this antenna. Neighbours have no idea what it is and at best guess think it is a fancy satellite dish. Due to very narrow bandwidth, there has been no TVI so far.

I am not a contest op but since joining CWops I am enjoying CWT each week and very slowly crawling up the ladder 🙂 I pop home at lunchtime and can make the 1300z session, London Tube Trains permitting.

I will shortly (within 2017) move out of London and back to my hometown in Newcastle. I am already planning my QTH and antennas back close to my old hill top location.