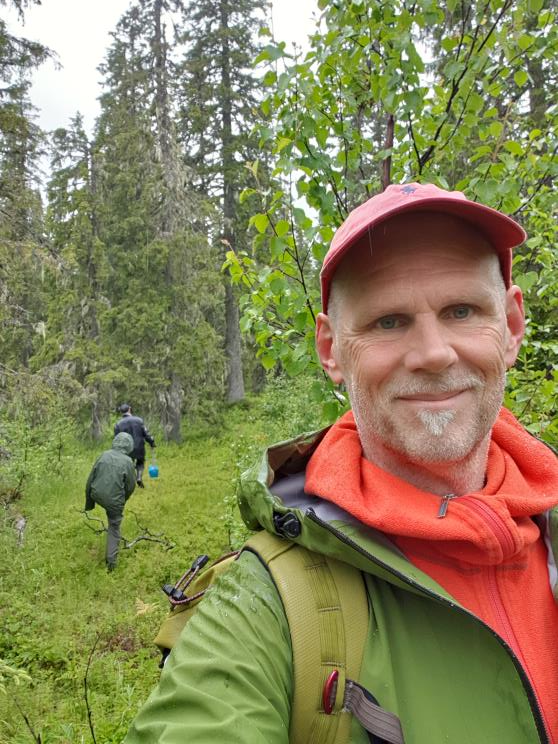 Hello CW lovers, my name is Jaan and I live in Stockholm. My callsign is SM0OEK and in contest I use SM9X. I’m 55 years old and live together with my wife Catharina. Together we have 7 grown up children from our two previous relations. None of the youth show interest in ham radio, unfortunately.

I remember when I watched the annual bicycle competition where I lived as a teenager. The finish line had commentators and they gave live reports from the track. I found out that it was held on the 2 m band. I talked to one of the hams and he showed me how it worked and after that I wanted to become a ham radio operator myself. This was back in 1983.

From a nearby library I found books and magazines and started to study. Two years later I had passed the technical exams and later also the CW at 8, 12 and finally 16 WPM. I still remember my first CW CQ on 40 m on my Drake-Line. I hoped by God that nobody would answer my call.

At the age of 20 I did my military service at the Signal Corps. Every day we had CW training and my speed picked up and after my service was done, I worked for some time at National Defence Communications Establishment. I continued after that to work with telecommunication at Ericsson where I still work today. My job has taken me to many interesting places around the world. I stayed in West Malaysia for two years (1995-97) and enjoyed pile-up as 9M2JJ.

For many years I was silent on radio and found other hobbies like sailing, bicycling and beer brewing. I thought to myself that I will take up my amateur radio activities once I stop working and enjoy life as a senior citizen. Over time technology evolved and remote radio started to become available. A friend of mine invited me to use his mega contest station (SK3W) and with that I could sit at home running CW without having my own antennas.

I only operated in CW and like to push my speed from time to time. I also run Swedish High Speed Club (SMHSC) as net control regularly on 80 m.

Today I have my own remote controlled radio on an Island in the Baltic. I take part in several short sprint contests, one of them is CWT, every week and enjoy them well. Finally, I would like to send my regards to Roger, G3LDI, who nominated me.