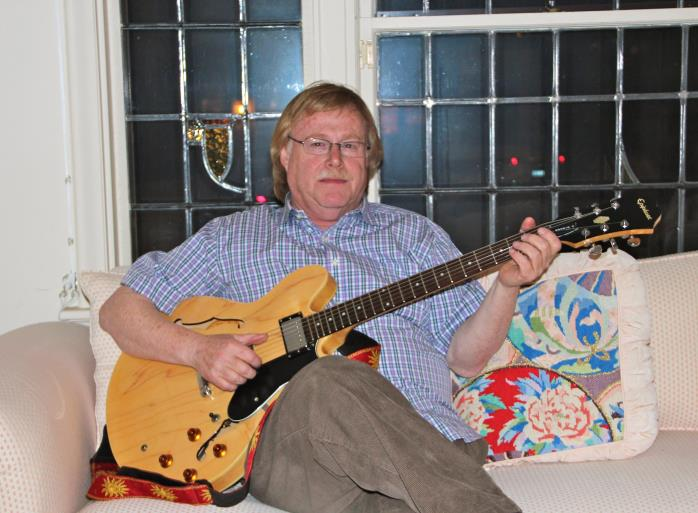 First licensed in January 1962 as KN1VSJ when I was in the 8th grade with 2 friends of mine.  We received adjoining calls; VSI, VSJ, and VSK. As a novice I spent a lot of time on 15 and 40 with a crystal-controlled rig working some DX and getting my code speed up to pass my general.  I couldn’t wait to get my hands on my dad’s (W1SGA now a SK) KWS-1 and 75A-4!  Eventually upgraded to Extra.  I was on the air regularly through high school and occasionally during college.

I got married shortly after graduating from college and lived in an apartment, so my only operating was with a FT-101 in the front seat of the car.  We bought a home in 1975 where I was able set up a station and put up a tower and beam.  We moved to our current home in 1985 and the current setup is an ICOM 756 pro 3, Mosley CL-33 at 55 ft, and a 40/80 inverted V.  We live on a small lot, so I’m limited on antennas.  Even with limited setup, I’m very close to DXCC honor roll and have worked 5BDXCC.  Also, have worked all the U.S. counties (not easy!)  I am usually active in the major DX contests as well as Sweepstakes but in recent years concentrate mostly on the CW contests.  During the summer, I operate from the island of Martha’s Vineyard and participate in the IOTA contest. Several times in the past I’ve operated as PJ7/K1VSJ from Sint Maarten.

I’ve lived in Rhode Island my entire life and am recently retired from the retail business.  Now looking forward to spending more time on the air and with our 4 grandchildren.  Besides Ham Radio my other hobbies include fishing, growing vegetables and playing guitar and bass.

It was a pleasure to meet K6RB and N3JT in Dayton and thank them for getting the ball rolling for me to join CWops !!